Shelby County Board Education 101 – Are donations public records subject to disclosure to the public?

During a recent Shelby County Board meeting, Board Member Lynn Williams was responding to a citizen and disclosed he was responsible for a donation being received to the Rescue Squad, but that he was not going to disclose from who.  When I raised the question as to who it came from he wanted documentation that would support the people’s right to such information.

When a public body receives money from ANY source, it is public funds the instant they accept it.  So when the Rescue Squad received a donation it became public funds and the receipt of that money is a public record subject to inspection.

(c) Reports and records of the obligation, receipt, and use of public funds of the state, units of local government, and school districts are public records available for inspection by the public according to law.

(50 ILCS 205/3a) (from Ch. 116, par. 43.103a)
Sec. 3a. Reports and records of the obligation, receipt and use of public funds of the units of local government and school districts, including certified audits, management letters and other audit reports made by the Auditor General, County Auditors, other officers or by licensed Certified Public Accountants permitted to perform audits under the Illinois Public Accounting Act and presented to the corporate authorities or boards of the units of local government, are public records available for inspection by the public. These records shall be kept at the official place of business of each unit of local government and school district or at a designated place of business of the unit or district. These records shall be available for public inspection during regular office hours except when in immediate use by persons exercising official duties which require the use of those records. The person in charge of such records may require a notice in writing to be submitted 24 hours prior to inspection and may require that such notice specify which records are to be inspected. Nothing in this Section shall require units of local government and school districts to invade or assist in the invasion of any person’s right to privacy.
(Source: P.A. 94-465, eff. 8-4-05.

(c) “Public records” means all records, reports, forms, writings, letters, memoranda, books, papers, maps, photographs, microfilms, cards, tapes, recordings, electronic data processing records, electronic communications, recorded information and all other documentary materials pertaining to the transaction of public business, regardless of physical form or characteristics, having been prepared by or for, or having been or being used by, received by, in the possession of, or under the control of any public body.

Hopefully with the four state laws outlined above, the public officials who question what is or is not subject to public disclosure will be educated so future public challenges can be avoided.

After the meeting adjourned, Williams disclosed the source of the donation was from Habitat for Humanity, thus there was no need to FOIA the information. 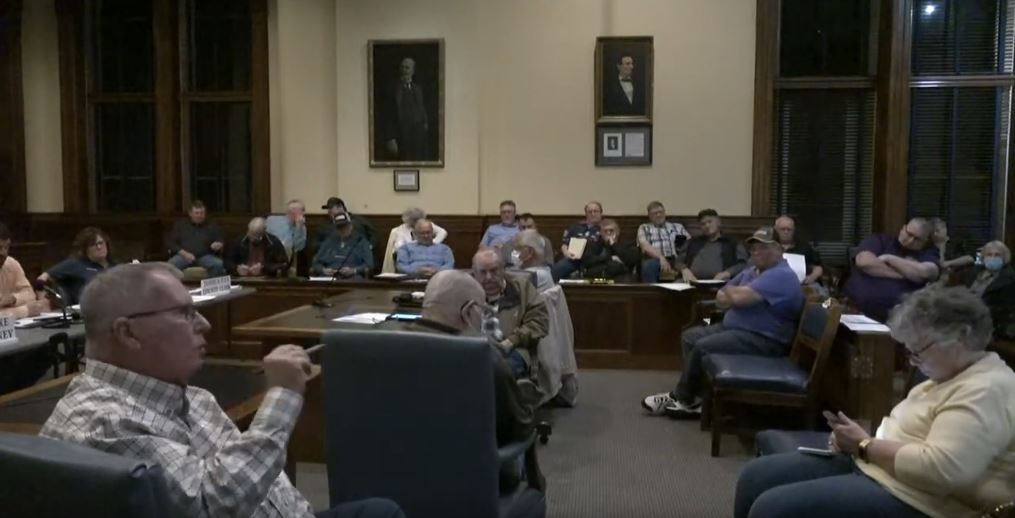