The Village of Country Club Hills has been giving taxpayer monies to a now-defunct, illegitimate nonprofit “Country Club Hills Chamber of Commerce” whose registration with the Secretary of State was involuntarily dissolved on March 8, 2019, and its 501(c) status revoked by the Internal Revenue Service on September 15, 2019. Both can easily be remedied by filing the proper annual reports.

In addition to the above, their link on the Village’s webpage leads to a page that does not exist.

Country Club Hills conditions, or implies it is a condition of a business license, that membership in this Chamber of Commerce is required. The membership mandate is paid to the Village with the business license fee, then the Village pays the money over to the Chamber for them to do with it as they please, according to their Business License Ordinance (pages 13 and 14).

Country Club Hills in recent years has paid over to this Chamber of Commerce at least $67,000.00 – see the payment reports (here and here).

We have sent a request for records of any payments in 2020 and are awaiting a response from the Village.

Why is this an issue now? Because the Mayor of Country Club Hills, James W. Ford, had decided that a legitimate Chamber of Commerce, the Southland Black Chamber of Commerce and Industry could not conduct a ribbon-cutting ceremony for a new business in Country Club Hills (he left that message in a voicemail) unless they obtain his approval to do so – even though the city’s preferred Chamber does not legally exist, and even though this SBCOC does not conduct business in the Village, it is merely an organization who happens to have as one of its members, a business in the Village.

We also question whether or not any membership in the preferred Village Chamber were paid in 2019 and 2020 with business license renewals – if so, the Village should have, according to their Ordinance, paid those fees to the Chamber, if not, then the Village needs to update their Ordinance. If membership fees were paid, they should be refunded back to those businesses.

The SBCOC did hold a ribbon-cutting last night at the Hook and Reel Restaurant in Country Club Hills (watch it below).

Three police officers showed up in three separate police cars, as well as the mayor and other local officials. The mayor did not participate in the SBCOC ribbon-cutting but instead conducted a separate ribbon cutting of his own outside the building. 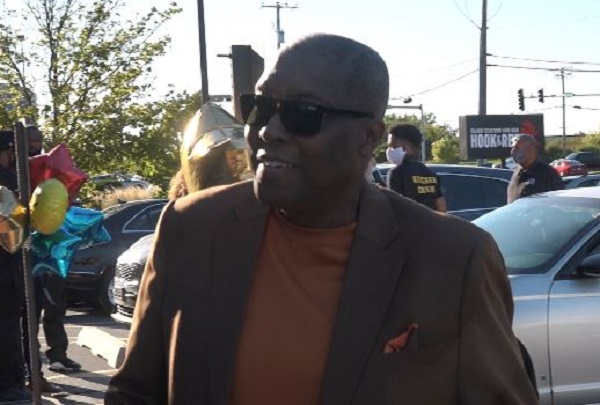