Video: Bellmont Mayor to reporter: “Maybe I outta get out and jist whip yer ass” –

While preparing for an article today, I ended up going to Bellmont, Illinois, a small town in Wabash County with a population of less than 300 residents.

I was threatened by the Mayor and then he called the 911 to report that I was taking pictures of his gravel parking area.

Prior to driving there, I viewed a video taken by a Bellmont resident, showing Mayor Gary Lance using the village’s tractor to spread rock on his private property:

After watching the video, I attempted to call the Mayor several times last night, and once this morning. No answer. Mayor Lance called me this morning asking why I called him. We discussed the tractor use, and he refused to admit the tractor belonged to the village, told me it was none of my business, and then hung up the phone.

He called back a little later to get my name and to ask me why I wanted to know what he was doing with the village’s tractor. I thanked him for admitting the tractor belonged to the village. He told me again it was none of my business and told me not to contact him again or he would pursue harassment charges. Then he hung up the phone.

I considered that conversation an invitation to drive to Bellmont and see the new gravel driveway for myself.

As I was taking photos and video, Mayor Lance drove up and stopped in the road next to me – told me to leave, said he would call the law – then he said “Maybe I outta to get out and jist whip yer ass.”

Watch that interaction in this video:

After the Wabash County Sheriff’s Deputy showed up, he informed the Mayor that I had a right to take photos since I was in a public place – which he then told me that’s what he said to the Mayor. 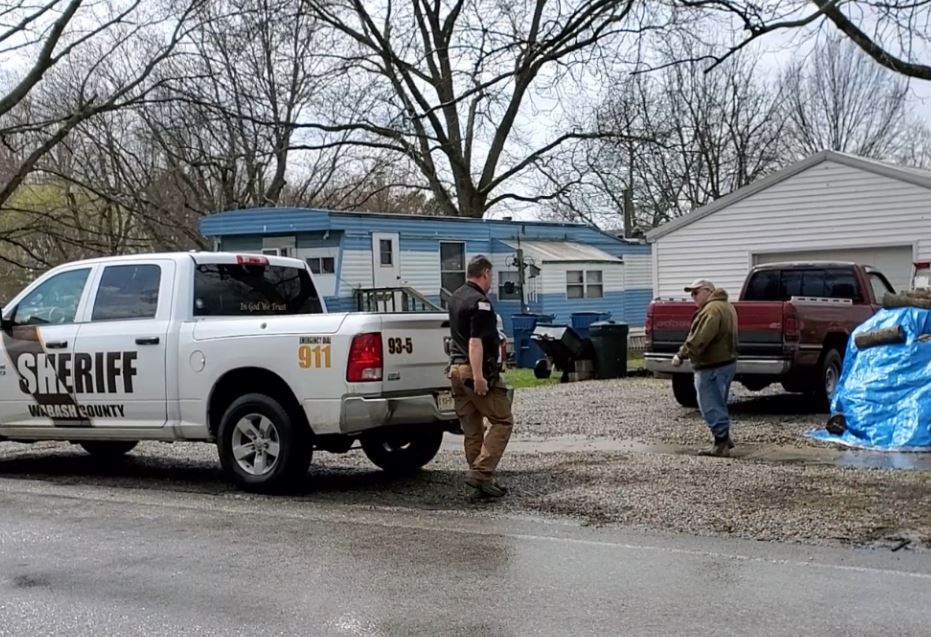