This is a public rebuttal of a public comment made by David Jerome, a Collinsville Alderman, and also an attorney. He commented on Facebook about the article entitled “Collinsville Alderwoman Cheryl Brombolich settled a lawsuit in contradiction with the law, receives $200,000“   We anticipate updating as the situation warrants.

Before we get started, it would benefit your understanding of the issues if you would read Meade v. City of Rockford at least once (here). It points to several issues that must be understood, and that applies to litigation settlement agreements with an Illinois Municipality:

¶ 28, 37, 41-42 – This is true even if the settlement never mentions it is subject to the municipal board’s approval

The Statutory language of the Public Officer Prohibited Activities Act “was “purposefully broad and inclusive.”  It not only forbids an official from having a private interest in situations in which a binding contract exists but from also allowing himself to be placed in a situation where he may be called upon to vote in the making of a contract in which he has an interest. The evil exists because the official is able to influence the process of forming a contract.” People v. Savaiano, (1976) Illinois Supreme Court.

In responding to the comment, we broke it up into manageable portions, but all of it is there. We invite comments but ask they be kept civil. We stand by everything previously written (here).

From Barney Rodawald: This is what Attorney David Jerome posted (see his complete comment here):

DJ:  This article shows that a little knowledge of facts and law can be a dangerous this. This article misrepresents both the facts of this matter as well as the law….at least the author places a disclaimer that they are not attorneys.

The facts represented in the article are that 1) Cheryl Brombolich is an Alderman in the city of Collinsville, and, 2) she filed a lawsuit against the city prior to becoming elected as an alderman, and, 3) she improperly settled (while being an alderman) the lawsuit she had against the city and did so while receiving financial reward.

The laws cited in the article was that 1) the Public Officer Prohibited Activities Act prohibits direct or indirect interests in contracts of municipal officers, and, 2) that caselaw supports the fact that a settlement is a contract and that an elected official of a public board cannot settle a lawsuit against the public body they are a member of when it involves financial reward – even if that financial transaction goes to the member’s attorney, and, 3) that a court cannot “order” a party to settle, and, 4) an insurance company cannot “dictate’ settlement terms to a public entity, and, 5) that this settlement must be voted on by the city council.

DJ:  Well, I am an attorney and I can tell you that the Act described in the Article as well as the Madigan case cited by Dorman are both irrelevant to the issues involving Cheryl Brombolich.

You might be an attorney, but from reading this entire comment it appears you lack knowledge of the municipal code and standard conflict of interest issues in local Illinois governments. Both the cited Public Officer Prohibited Activities Act and the caselaw cited in the article and the article linked to for further reference are relevant to this situation with Brombolich.

DJ:  Brombolich’s cause of action was a wrongful termination action from when she was the City Deputy and had nothing to do with her position on the City Council.

The “cause of action” of this lawsuit is immaterial to the issue of her improperly settling the suit against the city for financial gain. The fact that it was a settlement had everything to do with her position on the City Council.

DJ:  Further, she was not a participant and was removed from all closed session meetings involving this litigation.

She filed the lawsuit, how can she be considered anything but a participant – without her as a participant to the lawsuit, there is no lawsuit. To be found in violation of the Public Officer Prohibited Activities Act and the Illinois Municipal Code, there is no requirement to be a active participant, no requirement to be removed from all closed session meetings involving this litigation (which is another issue – the council lacks authority to remove her from closed session meetings involving this issue) – in other words, even if she was on vacation on the other side of the world, the conflict still exists.

DJ:  Therefore, she did not profit from her position on the Council nor was she in conflict as the cause of action PRE-DATED her being elected.

Yes, she did profit from her position on the Council and she was in a conflicted position – the date of the cause of action is irrelevant, it is the date of the settlement that is the relevant date.

DJ:  Further, she did not influence or participate in the discussions regarding its outcome.

There is no need to prove any influence or participation, she influenced by holding an elected seat on the City Council. That is the influence and that is the participation. Peabody v. Sanitary District: “irrespective of whether state or municipal funds are used to procure the contract…” and “irrelevant whether an interested officer takes part in the letting of the contract or votes thereon” and “the question is not what the interested officer did, but what he might be called upon to do, which determines the application of the statute” and “neither favorable treatment nor affirmative participation is necessary to proscribe municipal officers from being interested in contracts with the city”

DJ:  The Madigan decision involved a trustee who actively participated in the negotiation of the settlement agreement…that was NOT the case here.

Participating in negotiations is not a prerequisite for conflicts of interest or prohibited interests in a contract.

DJ:  Second, the author concludes that the insurance company cannot dictate the terms of settlement.

A public body does not have the authority to give their statutory duties to anyone. Their duty is to the public, not to the insurance company.

DJ:  That is legally and factually inaccurate. I have represented insurance companies as well as injured individuals and I can tell you that the insurance company retains EXCLUSIVE power to resolve cases in spite of or in contradiction of a policyholder’s request.

DJ:  Anyone who has been in a car accident and has been sued knows that they simply become witnesses to the events and the insurance carrier decides when and how much to pay.

DJ:  In this case, the City Council did NOT vote and was not asked to vote on the payment of this settlement. This was done exclusively by the insurance company as it was their money.

The council was REQUIRED to vote on this settlement. Gifting their [the public’s] voting and financial transaction approval authority to an insurance company violates the Illinois Municipal Code. The settlement reflects that the city and the alderman signed it. Funds paid by insurance companies “on behalf of” a public body are considered funds of the public body.

DJ:  Whether you agree or disagree with the outcome is not for us to decide as the insurance company chose to settle to avoid the possible exposure stemming from a jury trial.

The insurance company lacked the authority to settle (in the manner you suggest they settled), and even if it did have that authority (which they don’t), the council was REQUIRED to vote on this settlement. Leaving it up to the insurance companies invites the “evil” to dine at the public trough.

DJ:  If the City were self-insured and the settlement proceeds came directly from taxpayer monies, then we may have had some level of say in the outcome. However, that was not the case and the insurance company chose to settle and pay out of its own pocket without asking but simply telling us of the outcome.

DJ:  Any statements to the contrary are simply false!

That statement you just made was false!

DJ:  I hope this helps to clarify this issue as this Council has done everything in its power to maintain an open dialogue on this and every issue so that you can see that what we are doing is what we see to be in the best interests of moving this City forward.

Section 3.1-40-40 of the Illinois Municipal Code requires that all expenditures obtain the concurrence of the majority of all members then holding office. Votes must be in yeas and nays and recorded. [Meade v. Rockford, 2015 IL App (2d)14065]

Prosser’s Rule states that any abstention is a vote for the majority, except that on an “affirmative vote” requirement, abstentions are considered a “No” vote

Joseph Bertrand’s Rule states that Prosser’s Rule does not apply to the member of the governing body having a financial interest in the matter (conflict of interest).

The only ways to eliminate the conflict are 1) resign from office, or, 2) remove the conflict (take it off the table – it does not get to exist) 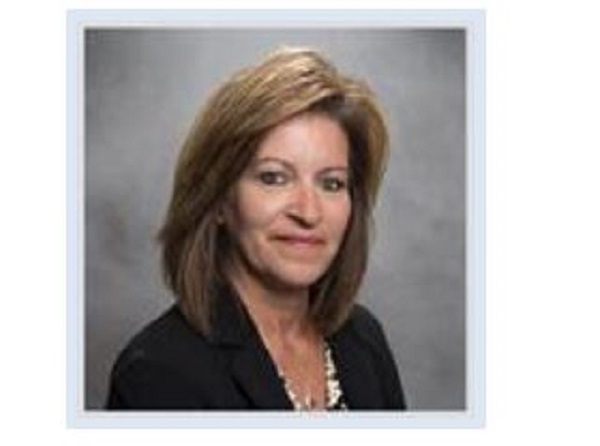