Laws- Does a badge bring different treatment for violations? 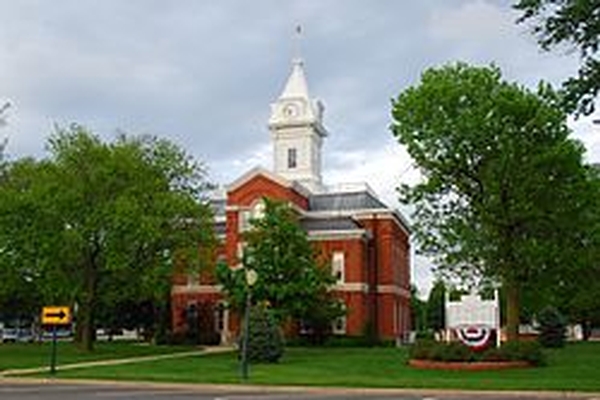 “Integrity” Doing the right thing when no one is watching!

“Oath of Office” Giving your word as your bond to uphold "ALL" the laws of the state!

Do these virtues exist in your County?

Most would expect our police officers to be held accountable to our laws, which are the same laws they are obligated to enforce. In Illinois, accountability is a moving target.

John Clough, a former Coles County Deputy was recently terminated for multiple reasons, but one part of his termination included the filing of a false and incomplete Statement of Economic Interest (SEI) Statement.  In his case, there was accountability as the Governor's office terminated him.

In Edgar County, the former Sheriff Tim Crippes, failed to file his (SEI) for years, all while using his office to funnel business to his private garage.  The Edgar County State's Attorney did nothing, thus no accountability to the law, which had it been enforced could have put over $20,000 back into the County funds.

In Dupage County, a former Fire Protection District Trustee also failed to disclose business interests in his SEI statement and was prosecuted by the Dupage County State's Attorney.  He requested a bench trial and the judge ruled he was not guilty, even though his statement was false and not complete.

With the election right around the corner, we have looked at numerous SEI filings by those seeking office to include the Cumberland County Sheriff's Office.

Three candidates filed their election papers which includes the required SEI document. The signing of that document is supposed to have meaning and the preface to the signature states:

"I declare that this statement of economic interests (including any accompanying schedules and statements) has been examined by me and to the best of my knowledge and belief is a true, correct and complete statement of my economic interests as required by the Illinois Governmental Ethics Act. I understand that the penalty for willfully filing a false or incomplete statement shall be a fine not to exceed $1,000 or imprisonment in a penal institution other than the penitentiary not to exceed one year, or both fine and imprisonment."

As you can see, there are teeth in this law.  Even though this law subjects its violators to jail, we find once again another person with a badge has filed a false and incomplete statement. Remember that the next time you're stopped for a minor infraction and they hold you accountable.

Steve Maroon did not disclose any interests on his SEI document even though he has worked for other units of government in the previous calendar year.  That employment is a required disclosure item under item number 7 on the document which states:

“List the name of any unit of government that employed the person making the statement during the preceding calendar year, other than the unit or units of government in relation to which the person is required to file:”

We have confirmed that Maroon worked at Cumberland CUSD #77 in the previous calendar year.  That employment was not listed on his statement as required by law.

Further review points to an ongoing failure to disclose by Maroon dating back as far as 2009.  Maroon was employed with Neoga School system and paid each year of 2009-2015 yet each year his SEI filing reflects no disclosure of that information as required by law.

The other candidate, Ray Hamilton, has disclosed numerous items on his SEI filing and so far we have not found any required disclosure missing from that filing.

The third candidate, Eric Jeffrey Darrel Price has no disclosures on his SEI filing and so far we have not found any required disclosure for him either.

If anyone has information that they believe should have been disclosed on the SEI statements for any of the candidates please let us know and we will update accordingly.

Violations of the State Ethics law that requires the SEI filing is considered a Class A misdemeanor.  For those that want to minimize that fact, please note that is one step below a felony.  A person willfully filing a false and or incomplete SEI is subject to a $1,000 fine and/or up to one year in a penal institution. When the legislature passed the law they intended for it to have teeth when violated.

The public has a right to expect their law enforcement officers to follow the law, and they too should be held accountable when they file false and incomplete statements.

Voters, be an informed voter!