OK, I captured this video from Houston’s ABC 7 News Live Feed as it was happening, and have a question for our law enforcement friends who may read this article:

Why would they block the suspect car in, not remove him from the vehicle, then obviously start putting their equipment away (starting at about 4:40 in the video), move the vehicle that is blocking him in, and allow him to hit the gas and take off again – only to have to do a pit maneuver down the road?

Article photo is a screen capture from ABC 7 News. 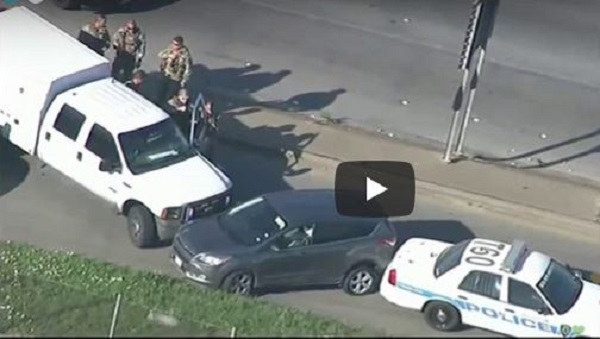