The Board of Trustees of the Atlanta Public Library District have failed to fill a vacant trustee seat for several months. the vacancy originally occurred when Anne Heironymus resigned and her resignation accepted at the March 10, 2016 meeting - she said she was moving to Lincoln, Illinois in April of 2016 - she was last elected in 2013 and her 6-year term ends at the election in 2019.

According to Section 30-25 (b) of the Illinois Public Library District Act of 1991, 75 ILCS 16, any vacancies on the board of trustees must be filled immediately:

"Vacancies shall be filled forthwith."

The statute is clear; vacancies must be filled immediately. It originally became vacant more than 17 months ago. However, Sarah Little was appointed to fill the vacancy at the May 2016 meeting. Sarah Little resigned, and her resignation was accepted on March 9, 2017 - more than 5 months ago.

The APLD board of trustees appears to have never read the applicable statute governing their public body - otherwise they would not be taking their sweet time filling this vacancy.

This is but one, in a long line of statute violations this board has actively participated in.

They cannot deny this is willful and intentional because they all know it is a 7-member board, unless they never look at their own website.

We call on the residents of this library district to demand the vacancy be filled immediately, as the law requires. 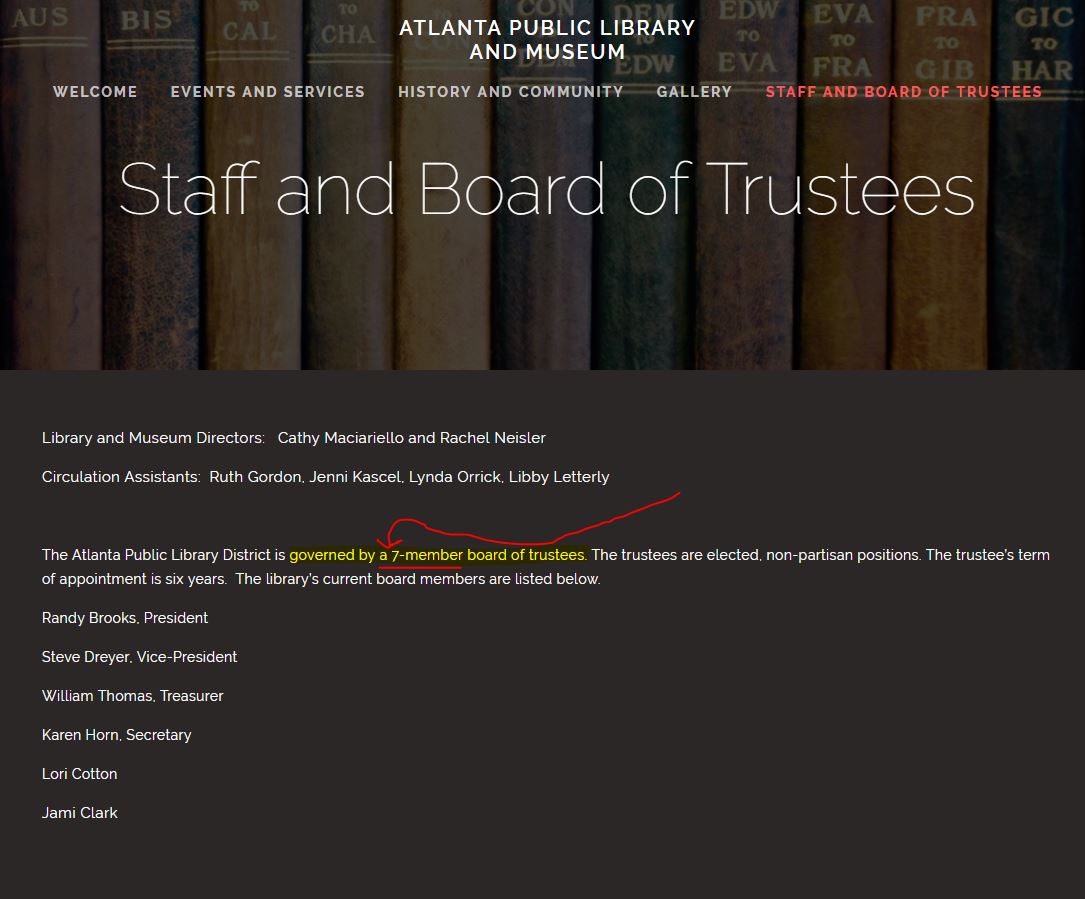