The story of “Real Residents of Tinley Park” Facebook group founder Christy Heins continues to unfold, with recent claims she made in social media about her appearance in Will County Circuit Court on 3/7/16 warranting factual rebuttal, now that the official court transcript is been published (below) and it can be confirmed that Heins was indeed directed to stay away from freelance reporter Megan Fox and to stay clear of her.

This is not an everyday occurrence in a reasonable person’s life: having a sitting Judge in a courtroom tell you directly to stop doing something to another citizen. Heins contends that because the Court admonished her but stopped short of handing down a no-stalking order against her that she “won” the day, but no one truly “wins” when someone’s behavior crosses lines where the Court has to schedule a date and time to publicly direct someone to stay away from and stay clear of another person.

Heins has mocked the proceedings held before 12th Circuit Judge Jessica Colon-Sayre on the “Real Residents of Tinley Park” Facebook page, ignoring the seriousness of the Judge’s very specific direction for her to “stay away from” and “stay clear of” Fox. These and other actions by Heins since her court appearance have called into question Heins’ willingness to follow the Judge’s instructions and keep her distance from Fox going forward. It is concerning that Heins has chosen to pretend that her behavior is not a serious matter, just because Heins did not receive the worst possible outcome in court (which would have been finding herself on the receiving end of a two-year no stalking order).

Christy Heins was summoned before Judge Colon-Sayre after a series of actions undertaken against freelance reporter Megan Fox in February 2016. Upset and angry that Fox was conducting interviews and filming a documentary on corruption in the Tinley Park Planning Department, Heins harassed Fox after an open public meeting in Village Hall and caused Fox to fear for her safety. Heins then escalated the next day by filing a false police report against Fox with the Tinley Park Police Department, which was quickly debunked by the Reporting Officer, Jose Vega.

Some quotes from the Judge to Christy Heins:

“Miss Heins, for it to rise to the level where she was so concerned for her safety and she was in such fear was concerning to me. So I wanted it — to address it to you.”

“I understand you have an interest of going to the meetings. If you do, you see Miss Fox, stay away from her; stay clear of her. Okay?”

“So I am not going to extend the order of protection in the spirit of hoping that you guys can conduct yourselves as adults. And good luck.”

Remember, these were directed at Heins, not at Fox. The statement of Heins claiming “dismissed for lack of evidence” is completely false, as is her statement that there was no evidence of harassment also being false 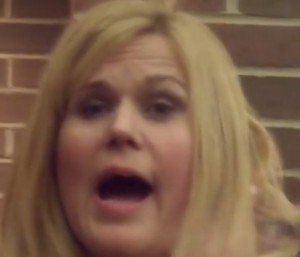