Update: OPPL – Bittman's SLAPP against Fox: "We do not live in Bittman's world" –

Orland Park, IL. (ECWd) -
On August 27, 2015, attorneys for Fox/DuJan filed their response in opposition to Bittman's motion to dismiss countersuit. It is a good read, so grab a cup of coffee and enjoy.

What was filed today was their response to Bittman's motion to dismiss the counterclaims against her. You can read the whole document. But, she tried to claim that she is immune from being sued for defamation for the lies she told to reporters to discredit Fox/DuJan as the library's critics. But, she says she can sue them for defamation for what they said in criticizing her behavior and her lack of professionalism. So, her argument is that she should be allowed to sue them and do whatever she wants to do to hurt them…but that she should be considered immune and special and that they should not be able to sue her. She cannot have things both ways like that.
A government employee cannot sue members of the public…but then claim immunity when the people she sued and attack bring a countersuit against her. Our system cannot work that way and our democracy cannot survive because that would mean that public employees become royals and aristocrats who can sue the public but the public cannot countersue them.
First part of the Introduction of Fox's response:

Counter-defendant Bridget Bittman’s arguments turn the rules governing debate about public issues upside down. In Bittman’s world, a public official is free to sue citizens for voicing an opinion about government policies, as Bittman did here. When one of those citizens, after being dragged into court to defend Bittman’s meritless allegations, brings counterclaims against Bittman to recover for actual damages, Bittman seeks to cloak herself in immunity. Thus, in Bittman’s world, public employees are free to launch malicious defamatory attacks against citizens with no fear of repercussions, while those citizens cannot respond without being slapped with a meritless lawsuit designed to silence criticism.
But we do not live in Bittman’s world. Bittman is not entitled to immunity for her intentionally false and defamatory statements about Fox. The Tort Immunity Act provision governing Bittman’s conduct (Section 2-210) specifically does not immunize intentional misstatements of the kind Fox alleges here. And even if Section 2-201 of the Act were to apply (and it does not), Bittman would not qualify for immunity in any event because her defamatory statements about Fox were not discretionary policy determinations. Likewise, Bittman cannot claim immunity under the common law, since this targeted and unprecedented attack against Fox was outside of the scope of her official duties.
Bittman’s arguments that Fox’s defamation and false light claims fail to state a claim are also without merit. First, in professions such as journalism and writing, a reputation for integrity and honesty is critical to professional success. Bittman’s false statements constituted defamation per se, since the statements painted Fox as a liar and imputed a lack of honesty and credibility. Second, Bittman’s false and defamatory statements about Fox are not subject to a reasonable construction, since in context, the only natural and obvious meaning of the statements was that Fox is a liar. Finally, Fox has adequately pleaded damages to support her claims. Therefore, Bittman’s motion to dismiss should be denied in its entirety. 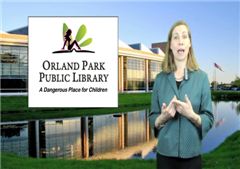