Clark CO., IL. (ECWd) -
The complete failure of the Clark County Park District's Executive Director in answering Freedom Of Information Act requests, and her subsequent disregard of the primary duty of her employment position as a public servant, she must now answer to the Illinois Attorney General's Public Access Counselor ("PAC").
The Illinois Attorney General has demanded answers, within 7 days, for the following:
There are at least twelve "requests for review", or complaints of noncompliance, of the Freedom of Information Act filed with the AG's PAC, and one complaint of alleged Open Meetings Act ("OMA") violation.
The FOIA complaints are: 2015 PAC 36338, 2015 PAC 36478, 2015 PAC 36479, 2015 PAC 36480, 2015 PAC 36481, 2015 PAC 36488, 2015 PAC 36489, 2015 PAC 36490, 2015 PAC 36491, 2015 PAC 36493, 2015 PAC 36494, and 2015 PAC 36495.
The OMA complaint is: 2015 PAC 36418.
The Park District sits at a unique point in time in its decision making abilities. It can do one of two things at this point, and they are:
1.) provide the public records requested, or,
2.) write an article in the newspaper about how they are being abused and feel threatened by the bad people that want public records, then pay their attorney to make up excuses for them on each of these complaints, then pay their attorney to read my rebuttal to each of their answers, then pay their attorney to make up more excuses for each of my rebuttals, then be told by the AG to provide the records to me anyways because there is nothing that will absolve them of compliance with FOIA, then provide the public records requested, then write another article in the newspaper about how the bad people that want public records cost the park district so much money.
This is a decision they will have to make, and can either incur minimal expense, or opt to give your tax money to an attorney only to have to provide the public records anyway. 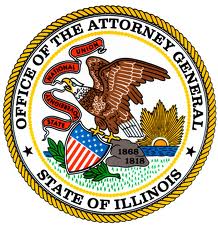