Bittman was urged to file the SLAPP lawsuit by Diane Jennings, an OPPL trustee who gave a speech at the Board’s August 2014 meeting that instructed Bittman to file a lawsuit against Fox and DuJan. T

Also named in Bittman’s SLAPP suit was Dan Kleinman, the nation’s leading expert on dangers to children in public libraries, who wrote extensively about the disgusting behavior of OPPL employees in not responding properly to serious crimes such as child porn being accessed on public computers in their facility. Kleinman has been a decade-long critic of the American Library Association, which is a George Soros-funded lobbying group based in Chicago that Kleinman argues is largely responsible for the disturbing pattern of library employees not doing the right thing when children are endangered in public libraries or when illegal content is accessed on library computers or WiFi networks. The ALA worked closely with Bridget Bittman on a “crisis management strategy” aimed at Fox, DuJan, and Kleinman that culminated in Bittman’s SLAPP lawsuit. We have covered the long-running pattern of attacks on Fox, DuJan, and Kleinman that Orland Park Library board members and staff have engaged in to silence these whistle blowing critics and attended OPPL board meetings to address this board in person ourselves. To this day, this board continues to lash out at its critics and refuses to admit to its wrongdoings. That is a sadly all-too-familiar story in Illinois.

Fox’s defamation lawsuit against Bittman can be found here, as a counterclaim to Bittman’s own SLAPP suit: [document]

One hallmark of a SLAPP lawsuit is that a filer like Bittman does not seem to intend to win any of her claims or even continue the lawsuit through fact-finding and discovery. Instead, a SLAPP lawsuit is filed vexatiously against critics of a public body, such as activists and writers like Fox & DuJan, to have a chilling effect on their activism. SLAPP suits are also meant to scare away anyone else in the community who might have considered becoming involved in the issue at hand, but are then terrified of speaking out because they do not want to be sued the way that Fox & DuJan were sued. SLAPP suits cost a fortune to defend against and require effort and energy to be diverted from activism to fighting the lawsuit. This is why public employees file SLAPP suits, which are almost always disguised as defamation suits. The goal in SLAPP suits for the filer is not to win the lawsuit, but instead just to drain the money and energy of the public body’s critics so that they go away and the public body can then go back to doing whatever terrible things it was doing before the critics and whistleblowers started exposing the public body’s wrongdoing.

In the matter at hand, Fox & DuJan used Freedom of Information (FOIA) requests to uncover evidence that child pornography had been accessed in the Orland Park Public Library and that Library Director Mary Weimar made the decision not to call the police. Fox’s lawsuit alleges that Bittman deliberately lied to the news media about Fox in an effort to discredit her as the library’s critic (in hopes that Fox would be frightened away). When whistleblowers like Fox & DuJan discover wrongdoing committed by public bodies, and are then hit with SLAPP lawsuits over their whistle-blowing, it can have a disastrous impact on their careers and livelihoods. Worse, others in the community become too frightened to participate in criticism of government bodies because they are afraid of being sued like Fox & DuJan were sued in Orland Park.

Fox alleges that the lies told by Bittman to the news media irreparably damaged Fox’s reputation and have hindered her ability to find paid freelancing work as a writer and journalist. Because of Bittman’s actions, food was taken off the table of Fox’s family and the lawsuit alleges that Bittman’s actions were strategic and deliberate in their effort to discredit and harm Fox.

Bridget Bittman was a featured speaker at a December 2013 “crisis communications workshop” hosted at the RAILS Burr Ridge video conference center where various strategies were presented to public library employees in attendance for how they could use the media as a weapon against critics of public bodies to scare them away. Library employees know that reporters have a natural inclination to believe what library employees say, because most people have a natural wellspring of good will for public libraries based on the good memories most of us have of our local library growing up. The crisis communications workshop taught library employees to exploit that trust and use it to discredit library critics. Another tactic discussed was filing a defamation lawsuit against critics (such as Bittman’s SLAPP suit). Handwritten notes (click here to read) obtained from attendees of the “crisis communications workshop” show that such a defamation lawsuit would cost the targets at least $500,000 to defend against. They also advised on ways to avoid documenting things in order to avoid producing them due to FOIA.

Fox & DuJan’s legal fees will likely be in the hundreds of thousands of dollars. The people of Orland Park should be gravely concerned that Bridget Bittman will eventually attempt to invoke the library’s indemnification policy (adopted in May 2014, just a few months before Bittman filed her SLAPP suit) to foist the ruinous costs of this litigation onto the public, should the court agree with Fox & DuJan’s Affirmative Defense that Bittman’s lawsuit is indeed a SLAPP suit (where Bittman will be compelled to pay Fox & DuJan’s attorney fees).

We will continue to monitor this case closely, as it has repercussions and ramifications for public bodies all across the state of Illinois and beyond. The wheels of Justice turn slowly but we’re confident that when this cases reaches the fact-finding and discovery phase that the Orland Park Library Board and its employees will at some point be forced under oath to answer all of the questions that these people have refused to answer about their behavior for the last 20 months of this ongoing scandal. 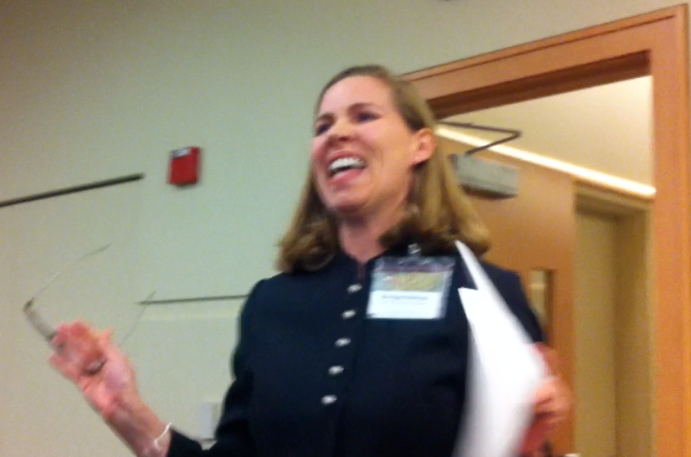 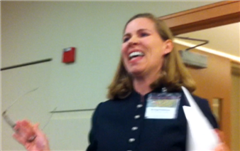