Former Sheriff Koonce appears to be the focal point of more problems in Shelby County than we have seen anywhere, but there is hope.

Law Enforcement Committee minutes reflect Koonce would be accepting applications for Auxiliary deputies in the very near future. “His goal is to have 11 auxiliary to match the 11 patrol deputies currently on the roster. Sheriff Koonce reported he predicts a startup cost of $1400.00 to provide each of the new 11 Auxiliary with 1 shirt and 1 pair of pants, with all other equipment for the unit being provided by themselves.”.

For starters, Koonce had no budget for Auxiliary deputies. (2015 Budget at this link)

He also had no authority to have auxiliary deputies without the advice and consent of the county board who also sets the number.

It turns out that Koonce not only had auxiliary deputies without board approval, but went well beyond the 11 he claimed he would have.  We requested the roster of all auxiliary deputies since Koonce took office and the numbers are staggering in light of the fact there was never any board approval, which means there was a huge liability during that time if something were to happen to them or to others by them.

A request for minutes from the County Board setting the number of auxiliary deputies turned up nothing.  Shortly after that response a set of records was provided which they thought set the number, but turns out those records only expose more malfeasance dating clear back to 1975.  The minutes report there were 10 auxiliary deputies “working now.”  The minutes reflect a request for permission to uniform ten men as auxiliary police officers.  By all indications in the records, the vote was to grant permission to clothe ten men, not set the number of auxiliary deputies at 10 as was believed to be the case when the records were provided.

Upon clearing up the fact those minutes did not set the number as believed, we were welcomed with an email from current Sheriff Brian McReynolds.

“As of today 06/23/22 Shelby County Sheriff’s Office Auxiliary Deputies have been disbanded.

I believe under current statues and training demands it would be difficult to properly manage an Auxiliary force.  However if in the future it appears to be needed I would approach the Board for advice and consent to appoint a number deemed necessary.”

We commend Sheriff McReynolds for doing the right thing.  Unlike many elected officials who want to continue operating as they always have just because they think they can, McReynolds clearly read the law and knew the proper steps had not been followed and did the right thing by disbanding the program, and recognized the proper way to implement it in the future.

If we had more officials willing to simply follow the law as McReynolds did we would see far more things getting fixed in this state. 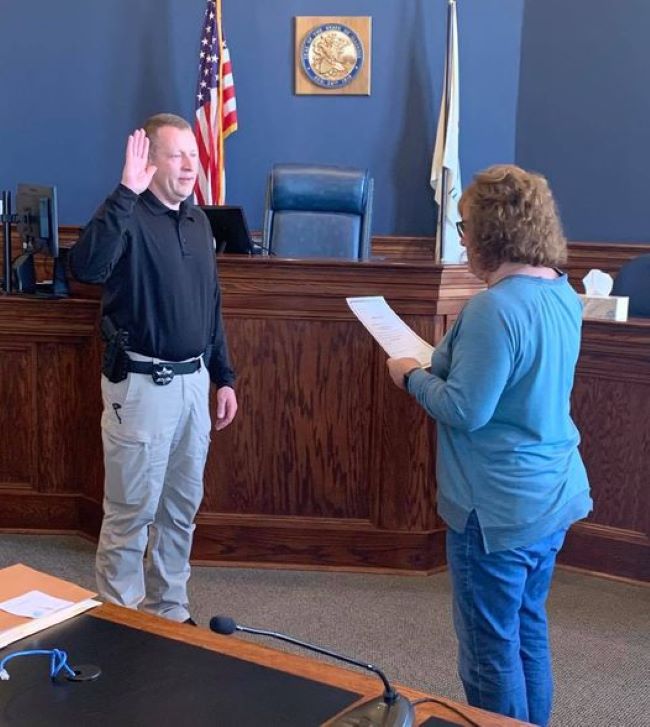