While we thought the disinformation being pushed by a select few residents of Shelby County would subside now that the primary election is over, turns out we were wrong.

Jake Cole spoke during public comment and made some statements that cannot be left unchecked. While we encourage people to speak up and ask questions of the board, we encourage people to speak to facts rather than disinformation.  It was clear that Cole had no clue about several things he stated, including fabricating a claim about our organization that is patently false.

While we will address a few of them, we encourage everyone to watch the video and listen to Treasurer Erica Firnhaber set the record straight on the Keith Petard insurance scandal after Cole’s perplexing claims.

“The Watchdogs come along and they bust their butts and do everything possible to make sure we sell that farm.”

We challenge Mr. Cole to provide a shred of evidence that we busted our butts and did everything possible to make sure the county sold the farm.  If he would actually read, he would learn that all we have done is ask for the law to be followed, which it had not been for at least 30 years, which is a fact ignored by him and others.

Where on earth he comes up with that one is beyond our comprehension.  Had Cole simply read the Constitution and the Counties Code he would learn his statement was patently false.

From the Illinois Constitution:

ARTICLE VII – LOCAL GOVERNMENT
SECTION 4. COUNTY OFFICERS
(d)  County officers shall have those duties, powers and functions provided by law and those provided by county ordinance. County officers shall have the duties, powers or functions derived from common law or historical precedent unless altered by law or county ordinance.

From the County Code regarding Powers and Duties of County Board members.

Considering Mr. Cole’s wife, Carol Cole is running for the County Board, maybe this can be used as a teachable moment on the importance of getting your talking points accurate so as to avoid embarrassing yourself.   At no time has it been unconstitutional to sell the county-owned real estate, which includes the county farm.

“I don’t understand what you guys have against Shelby County.”

What Cole fails to realize is our work has nothing to do about anything for or against a county and the people in it.  Our work is focused on local government accountability to the laws that apply to them.  The fact the Shelby County Board has failed to follow the law for years is an undisputed fact, but in no way does it mean we have something against the county and the many fine people in it.

Coles comments about Keith Petard and what was owed to the county vs. what the county paid him, and his questioning our conversations with Doug Wolfe was a real example of how clueless he and others are who keep pushing a false narrative.

The facts Cole avoids include the fact Petard was a business partner to Alan Spesard in Shelby Engineering, who illegally operated their business out of the county offices for years.  He also fails to mention Petard was not honest regarding his Medicare eligibility which cost the county and its employees substantially, including increased rates for every employee. The fact that Medicare, two plus years later paid certain claims that resulted in the county getting some money back and Petard getting $8,000.00 of his own money returned does not negate the facts.  The fact the current State’s Attorney Nichole Kroncke was contemplating taking action against him but advised otherwise after speaking with him because he would file bankruptcy if the county came after him speaks volumes if you’re listening.  If there was nothing wrong with what Petard had done, why on earth would Kroncke be speaking to him about the recovery of those funds?  It’s because the paper trail was accurate, and the county was depleted the use of those funds for years by his actions.

We urge everyone, including Mr. Cole, to listen to the comments from the Treasurer who laid out the history of Petard’s actions. We note that Mr. Cole was listening enough that he felt the Treasurer should be silenced during her public comment when he motioned to the Chairman to cut her off even though she had over a minute left on her time to speak. 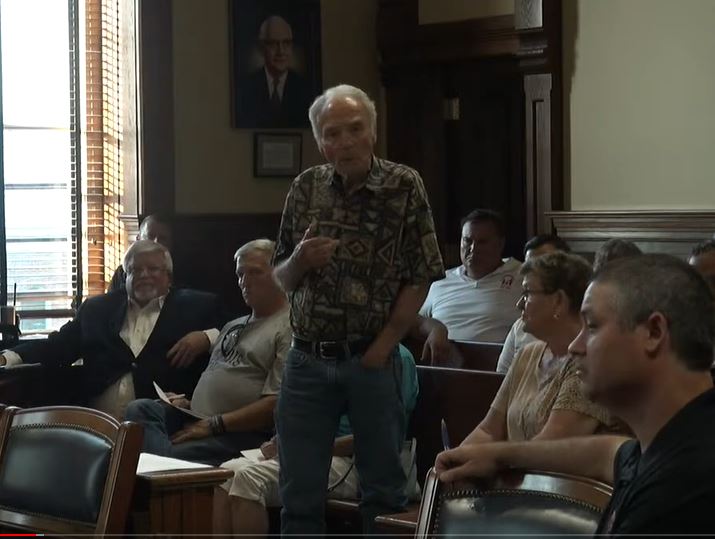