CHICAGO — A federal grand jury in Chicago today indicted former Speaker of the Illinois House of Representatives MICHAEL J. MADIGAN on racketeering and bribery charges for allegedly using his official position to corruptly solicit and receive personal financial rewards for himself and his associates.

The 22-count indictment accuses Madigan of leading for nearly a decade a criminal enterprise whose purpose was to enhance Madigan’s political power and financial well-being while also generating income for his political allies and associates.  The charges allege that Madigan, who served as Speaker and occupied a number of other roles, including Representative of Illinois’s 22nd District, Committeeman for Chicago’s 13th Ward, Chairman of both the Illinois Democratic Party and the 13th Ward Democratic Organization, and partner at the Chicago law firm of Madigan & Getzendanner, used these positions to further the goals of the criminal enterprise.  The indictment alleges that Madigan directed the activities of his close friend – co-defendant MICHAEL F. MCCLAIN – and that McClain carried out illegal activities at Madigan’s behest.  Madigan and McClain allegedly caused various businesses, including the utility company Commonwealth Edison, to make monetary payments to Madigan’s associates as a reward for their loyalty to Madigan, at times in return for performing little or no legitimate work for the businesses.

Madigan, McClain, and other members of the enterprise allegedly unlawfully solicited benefits from businesses and other private parties.  The indictment accuses Madigan of engaging in multiple schemes to reap the benefits of private legal work unlawfully steered to his law firm, including legal work from those with business before the State of Illinois and City of Chicago.

Arraignments in U.S. District Court in Chicago have not yet been scheduled.

“Corruption by an elected official and his associates undermines the public’s confidence in our government,” said U.S. Attorney Lausch.  “The indictment alleges a long-term, multifaceted scheme to use public positions for unlawful private gain.  Rooting out and prosecuting the kind of corruption alleged in the indictment will always be a top priority for this office.”

“Our elected officials swear an oath to carry out the duties of their office,” said FBI SAC Buie.  “When they dishonor that oath, it erodes the trust we have in our officials to do the right thing for our communities, and the FBI and its partners stand ready to stamp out corruption at any level of government.”

“IRS Criminal Investigation provides financial investigative expertise in our work with our law enforcement partners,” said IRS-CI SAC Campbell.  “Our hallmark expertise in following the money trail in this type of case shows our agency is committed to rooting out public corruption.  Today’s indictment underscores our commitment to this work in a collaborative effort to promote honest and ethical government at all levels, and to prosecute those who allegedly violate the public’s trust.”

The public is reminded that an indictment is not evidence of guilt.  The defendants are presumed innocent and entitled to a fair trial at which the government has the burden of proving guilt beyond a reasonable doubt.  If convicted, the Court must impose reasonable sentences under federal sentencing statutes and the advisory U.S. Sentencing Guidelines.

Read the Indictment here or below: 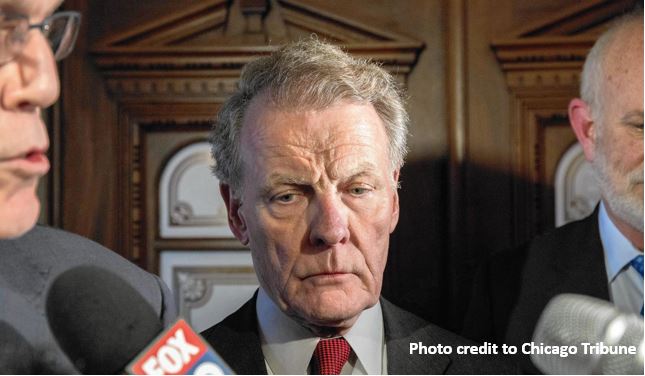