Gubernatorial Candidate Responds To Allegation Of Violations Of Law –

Gubernatorial Candidate, Jesse Sullivan’s campaign responded to our questions pertaining to the use of public property for campaign purposes as first exposed in this article.

We sent the following to Candidate Sullivan yesterday:

Are you familiar with Article VIII Section 1 of our State Constitution?

Are you aware use of public property for a private campaign commercial violates Article VIII Section 1 of the State Constitution and may constitute Official Misconduct by the public officials who participated?

We intend on publishing an article on this matter and would appreciate your response and any comment on the matter. We will publish your comment in its entirety, provided it is not a campaign add.

Shortly after receiving what we would consider a campaign add as a response, an updated response was provided.

“I see you’ve already published your story. Please leave as is, we will withdraw our comment.”

Ironically rather than recognizing what appears to be clear violations of law, they boasted on having bipartisan support from law enforcement officials. Sullivan believes too many politicians have ignored the voices of our police and the result is people have suffered from rising crime.

We believe the people suffer when politicians and elected officials use public property to make campaign ads, which the law says is a crime.

The initial response did not address any of the questions we raised.  In light of the election law outlined below, we sent two more questions.

“While I wait for an answer to the questions I asked, I have two more.

“Are you familiar with the Election Code in Illinois?  Specifically:

(10 ILCS 5/9-25.1) (from Ch. 46, par. 9-25.1; formerly Ch. 46, pars. 102, 103 and 104)
Sec. 9-25.1. Election interference.
(a) As used in this Section, “public funds” means any funds appropriated by the Illinois General Assembly or by any political subdivision of the State of Illinois.
(b) No public funds shall be used to urge any elector to vote for or against any candidate or proposition, or be appropriated for political or campaign purposes to any candidate or political organization. This Section shall not prohibit the use of public funds for dissemination of factual information relative to any proposition appearing on an election ballot, or for dissemination of information and arguments published and distributed under law in connection with a proposition to amend the Constitution of the State of Illinois.
(c) The first time any person violates any provision of this Section, that person shall be guilty of a Class B misdemeanor. Upon the second or any subsequent violation of any provision of this Section, the person violating any provision of this Section shall be guilty of a Class A misdemeanor.
(Source: P.A. 87-1052.)

Using publicly owned vehicles and fuel for urging electors to vote for a candidate is considered a crime.”

What steps are you taking to hold law enforcement and yourself accountable to what appears to be a clear violation of the law?”

Considering Sullivan is a statewide candidate, we believe a formal complaint to the State Board of Elections is in order.  While some will choose to point to this suggestion as being political, rest assured this is about nothing more than holding our political class and elected officials accountable to the very laws they took an oath to uphold.

We are still waiting on a response from the Sheriffs in the video, as they also have a problem in light of what the law says.

If we receive any further response from Sullivan or the Sheriffs we will update accordingly. 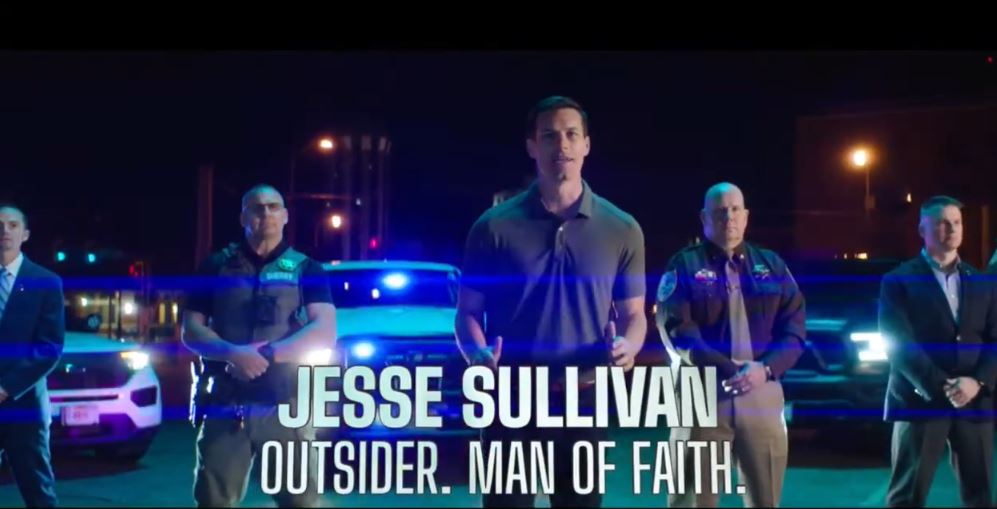