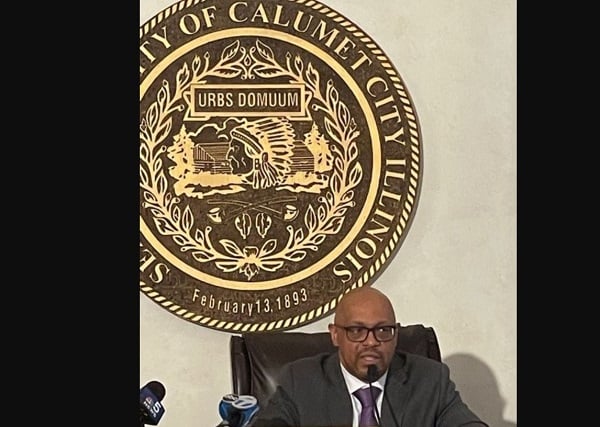 ***This event postponed until Monday***

***Edgar County Watchdogs will be livestreaming this event for your viewing***

Upon his election victory in Mayor 2021, Mayor Jones promised the residents of Calumet City transparency.  Immediately after Mayor Jones was sworn in, he ordered an audit of the Clerk’s Office to ensure reliability of the finances of the City as he was unable to obtain adequate details regarding the City’s financial operations from the prior administration.  He was also seeking a means to streamline and improve spending and procurement practices.

The Accounting Firm had the opportunity to review the operations for petty cash, credit card purchases, salvage revenue operations, document shredding invoice review, and parking tickets.  Some findings INCLUDE:

The mayor is appalled and insulted of the abuse of public funds. A full report of the findings will be distributed to the Chicagoland media prior to the start of the press conference.

The Accounting Firm is in the process of reviewing municipal liens, water liens, crime free housing, cash deposits, and real estate transfer stamps.  Results from the audit of Benford Brown and Associates, LLC indicated that internal controls processes related to many of the above-mentioned operations are not operating in compliance with the City’s policies and procedures with strong encouragement to the mayor and city council to implement controls to ensure compliance with the city’s policies and procedures, municipal code, and state laws.

City officials, City Attorneys and Auditor will be present at the Press Conference.