Within the EEC Report:

Once again, things like this go unprosecuted in state government when the employment relationship stops. To our knowledge, there have been no charges filed and no arrest made in connection with this FOUNDED report.

The TRS sent the following letter to each of its recipients explaining the report:

Within the next week, news media in Illinois may report about improper activities by certain employees at Teachers’ Retirement System that occurred between late 2018 and 2020.

The basic facts are detailed in a recently released report by the Illinois Office of Executive Inspector General (OEIG). The activities centered on a conflict of interest in the hiring of software developers for a new TRS computer system. Hopefully, any media reports will include the steps TRS has taken to prevent future wrongdoing.

We owe it to you to give you the full story.

The conflict of interest at the root of this incident was uncovered by TRS staff who acted as whistleblowers. Due to their tips, the scheme was investigated thoroughly during 2019 and 2020 by both the TRS Board of Trustees and the OEIG.

TRS was the first to conduct an internal investigation in the matter and cooperated fully with the OEIG in its subsequent investigation. In fact, the OEIG findings mirror what was found by the System’s internal audits and investigations. TRS will continue to cooperate with any current or future investigations.

A link to the OEIG report is here.

TRS did not wait for the OEIG to conclude its investigation before taking action. As a result of its own investigation, five TRS executives left the System in 2020. Since then, new safeguards to prevent similar conflicts and to better enable whistleblowers, have been put in place by TRS.

TRS delayed making any official comment about this situation until now in order to allow the OEIG to finalize its report, present it to the Executive Ethics Commission of the State of Illinois and make it public. The OEIG report was publicly released in late August.

As a TRS member, you should understand what TRS did to uncover and combat this wrongdoing, as well as what the System has done in the wake of these events to better safeguard your retirement system. TRS will undertake all of the recommendations in the OEIG report and has instituted several other reforms, as follows:

This incident has been deeply disappointing for all of us at TRS. It understandably creates concerns in the minds of our 427,000 members, as well as Illinois taxpayers.

Moving forward, our goal is to solidify the reputation of TRS and your confidence in our management of your money and your retirement system. TRS is re-doubling its efforts to shield our operations from improper or illegal activities.

The new safeguards put in place build on the courage of eight TRS staff members. If there is a bright spot in all of this, it is the actions of these eight whistleblowers.

TRS is a better place today because of them.

If you have any questions regarding this distasteful incident, please direct them to [email protected]. We will do our best, within the limits of the law and what we know of the facts, to answer you.

Teachers’ Retirement System of the State of Illinois 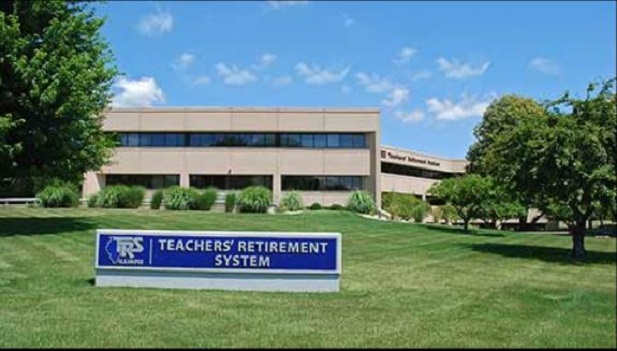