The complaint alleges, “all of the defendants participated in conspiratorial conduct tantamount to a civil conspiracy against the plaintiffs…by making false and unsupported accusations of improper conduct and in some cases alleged criminal misconduct.”

Gibbons’ Task Force was commanded by Det. Capt. David Vucich who is also a defendant along with his former wife Jennifer Mudge, an assistant state’s attorney under Gibbons, and the current wife of Chief Judge Bill Mudge.

Hulme and Dorman “blew the whistle” on county officials campaigning on county time and county equipment in 2017. County policies which as ordinances are law clearly allowed the county administrator to look at county email for misuse of county resources.

Task Force documents unmask Treasurer Chris Slusser as the main instigator of the investigation when he told law enforcement, including States Attorney Tom Gibbons, that Hulme was ”illegally snooping“ on county email. Slusser worked with Gibbons to wear an eavesdropping device on Hulme and County Chairman Kurt Prenzler to gather “evidence” after his testimony in front of the Grand Jury failed to produce any indictments.

Slusser accusations were ultimately proven baseless and unsubstantiated. Dorman and Hulme were cleared of any wrongdoing by the Illinois Attorney General, the chief law enforcement office in Illinois. 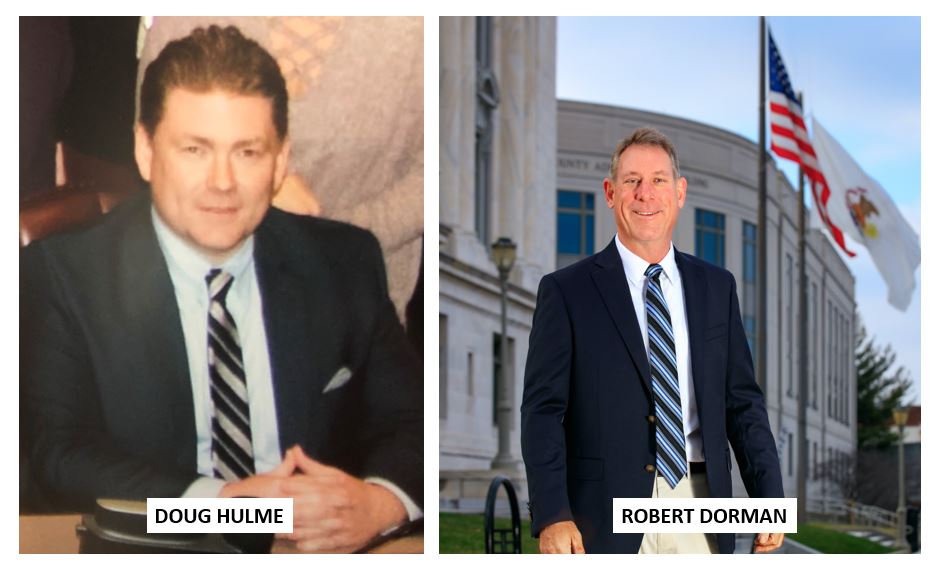