Edgar County Board To Maintain 3,250′ Setback for Wind Generators 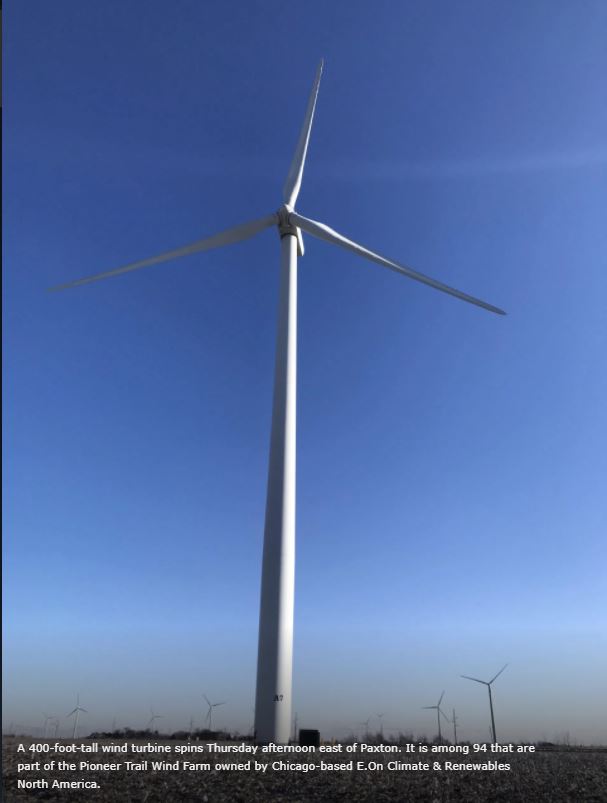 The Edgar County Board confirmed this morning during their study session that they will not be reducing the wind farm set-back limits from the current 3,250 feet from primary structures.

The meeting was attended by people from all parts of Edgar county and even Douglas County.  The public comment portion of the meeting was filled with great input and firsthand experience of wind generators being placed too close to people's residences.

The County Board is creating a committee to further explore other protective measures that should be placed in the current wind farm ordinance.  One, in particular, was to establish a setback of no less than 12.5 times the rotor diameter, which is the standard used in Iroquis County and considered the Gold standard.  Having the setback tied to the rotor diameter automatically addresses the ongoing growth in the size of the turbines being installed.  As they get bigger, so does the setback, with no further action necessary.

Other concerns raised during the meeting include shadow flicker and noise levels.

A video of the meeting can be viewed below.