When viewed in slow motion, it appears to show Adam Toledo did not have a weapon in his hands when he was shot but may have tossed it while he raised them.

At about the 4-second mark in the video, a screenshot shows what appears to be a gun in his right hand.

There was a pistol found several feet away (we estimate at about 12 feet) at the base of the fence.

You can view the video at full speed in its entirety at this link (here) and then by clicking on the “BWC1 Shooting Officer” clip, and it shows where a gun was spotted on the ground, we estimate it to be around 12 feet away from Adam Toledo. 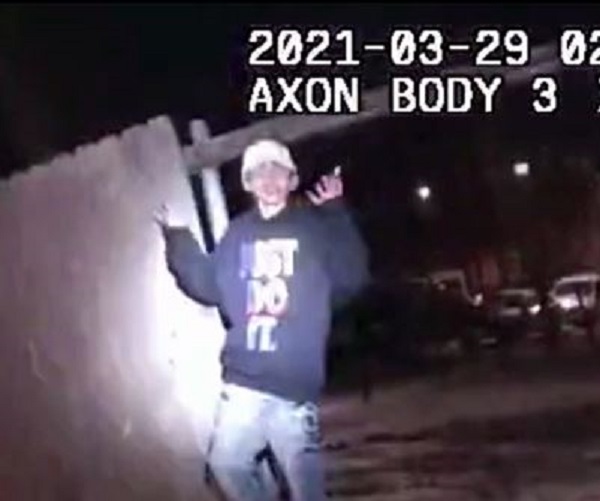