At our first Shelby County Board meeting in January of this year, I provided our input regarding the issue of legal advice from the State’s Attorney, as found in the video at this link.

Basically, we understand many people want, and in some cases demand, an immediate answer to legal questions.  In reality, those matters need to be researched, which includes researching the law and case law on such matters. During today’s meeting, the new State’s Attorney echoed that point when asked for a legal opinion.  She needs to be able to research the matter to provide a proper legal opinion.  Today was simply another example as to why we have always encouraged elected officials to write out their questions for their legal counsel and permit them time to do the appropriate research and then render an opinion in writing.  The exceptions to this would be when the matter has already been researched or when there is no question as to what the law outlines.

In today’s Shelby County Reorganization Meeting, a common situation popped up regarding a board member being sick and unable to attend in person.  In this particular situation, the person was permitted to attend by telephone and it turns out their vote created a tie on the selection of the next County Board Chairman.

We believe the attendance of a board member (in Shelby County) by phone was in violation of the Open Meetings Act and we will explain why so that others can learn from today’s events.  The State’s Attorney suggested a recess in order to give her time to research the matter so she could render her legal opinion.  While we agree the matter should be researched, we do not agree that this matter has anything to do with any of the Governor’s Executive Orders and their standing in the law, nor is it tied to the Board’s adopted rules that make no mention of attendance by other means than physical presence.

The following are the only options for an elected official to attend a meeting by other means than being physically present and is the controlling authority on the matter.  While the board policy found here makes no mention of the matter, such silence does not create a prohibition when the Open Meeting’s Act provides the actual law on the matter.

Prior to a recent change in the law, the above was the only provision for a board member to attend electronically.  In the case of Shelby County, there are no rules adopted by the public body for such attendance, which means they are prohibited from doing so.

The other provision in the law for electronic attendance was passed this year due to the Pandemic.  Specifically, 5 ILCS 120/7(e).  It should be noted the amendment was not about a board member being able to attend electronically for being sick but rather how a public meeting can be conducted as it relates to a quorum. We note that the amendment makes no mention of Executive Orders being a factor.  In short, the amendment focuses on a disaster declaration, not Executive Orders issued after such a disaster declaration related to public health concerns and how a meeting may be conducted.

One of the required prongs to hold a “meeting” by audio or video under paragraph (e) is the head of the public body (as defined in the Freedom of Information Act 5 ILCS 140/2(e)), having determined that an in-person meeting or a meeting conducted under the Act is not practical or prudent because of a disaster.  In today’s meeting, the head of the public body was the Clerk who is the presiding officer for a county reorganization meeting.  The Clerk has not made such a determination so the meeting could not be conducted by audio or video for any member.

The other issue raised was the board’s ability to vote to suspend the rules.  It was implied that since the boards’ adopted rules are silent on attendance by electronic means that such silence is a prohibition that can be suspended by a 2/3rd vote of the members.  We disagree because the board does not have the power to suspend the requirements of the Open Meetings Act. Additionally, the board could not take such an action unless it was on the agenda, which it was not, making that point moot.

Today’s meeting resulted in the selection of a new Chairman, Bobby Orman, after the other nominated person withdrew his nomination.  We believe after research the State’s Attorney will confirm the board member who attended electronically did so in violation of the Open Meetings Act, thus that vote should not have been taken, which means there was no tie vote as was assumed.

A copy of the full board meeting can be viewed below. 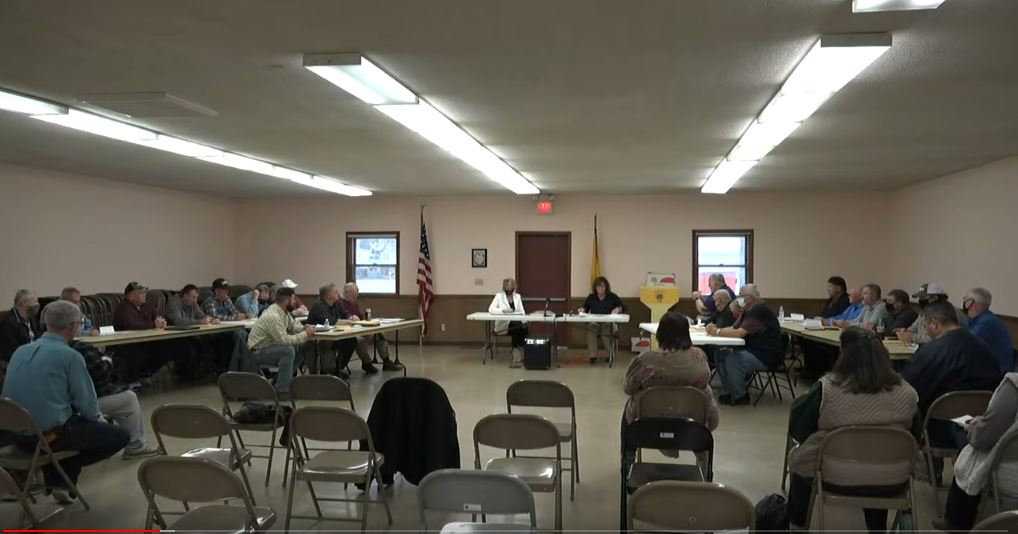