It seems more often than not, public officials are better off keeping their mouths shut, as is the case with Windsor Mayor Thomas Tull.  We published our first article on Tull last week, found here.

Shortly after that publication, I received a phone call from the Mayor who said he heard I had some questions for him. I asked him if he received my questions that I had sent to the Clerk and he assured me he had not since the Clerk is on vacation.  My next question is where the fun begins.

Question -If you did not get the email with my questions, why are you calling me?

Mayor’s Response – I wanted to find out what is going on.  I was told you guys were coming to our last meeting according to our ambulance person.

I assured him I had no clue what he was talking about as I had no knowledge of any meeting we were going to attend for any reason. I let him know I got my questions answered by the Police Chief.

I asked for his email address and assured him I would send him the email I sent the Clerk so that he can respond if he so chooses.  Since I had him on the phone, I asked some pretty simple questions regarding the police credentials we wrote about in the first article.

The Mayor denied ever asking for the Badge to be purchased and provided to him and said it was done without his permission. He assured me at no time did he ever carry or possess either the badge or the ID card and, in fact, as soon as he found out about them he insisted that he refused them and has never used them for any purpose.  He agreed it would not be legal for him to have such credentials and admitted he did nothing to address the creation of those credentials.

Considering the ID card has his picture on it we find it hard to comprehend how he had no knowledge of the ID card creation. He has refused to answer the question of who provided his photo for the ID.

As far as his insistence he has “never” possessed the badge and ID, such a claim conflicts with numerous other people’s claims.

Let’s start with his own Police Chief.

We have three citizens who have complained about the Mayor using the Badge and threatening them with arrest.  Those incidents took place at a local watering hole, aka tavern. While some will say those people fabricated such a claim, how would those people know the Mayor had a police badge?

Lastly, we have been informed that it was in fact the Mayor who demanded the Badge get ordered in the first place and he had no problem paying the bill when it was presented for payment in 2017.

The Mayor attempted to say people are coming after him now that he said he is going to run for Mayor again.  This rant went on to claim this is all political.

I assured him politics has nothing to do with our work and while we know he won’t accept that, we have been working on this issue for quite some time, and well in advance of any knowledge, he was planning on running for office again.

The Mayor has not responded to my email even though he assured me he would.  This appears to be another example of a Mayor saying one thing and doing another.

Shelby County Sheriff Payroll – Part I Of The Truth 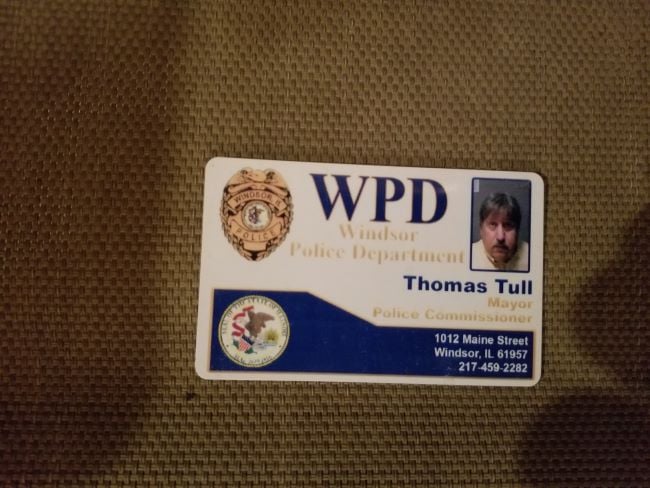