Rochester FPD – Did Board President Bill Riggs mislead the ISP during police investigation with false statements?

We have found over the years to verify each and every claim public officials make because more often than not, unfortunately, their claims fall short of the truth.

July 8, 2020 – Bill Riggs to ISP: “No one brought up that there would be a conflict of interest if Archer was appointed chief.”

It appears the ISP took Riggs at his word, we did not.

May 16, 2018 – Bill Riggs email to the Department Attorney: “John is 1/2 owner of a related business, AEC fire safety equipment so we’ll need to be very careful with purchasing.”

Why would they need to be careful with purchasing?  Riggs’ comment points to knowledge of a potential conflict and considering it was clear back in May of 2018, we find it hard to comprehend how Riggs can tell the ISP no one brought up that there would be a conflict.

May 17, 2018 – Department Attorney responds to Bill Riggs: “You are correct that great care will have to be taken to avoid violation of Section 4 of the Fire Protection District Act. I trust that everyone is aware that John’s company will effectively be precluded from doing any business with the district. The exceptions to this rule are extremely limited and great care must be taken not to violate the prohibition. If there are any questions about this, let me know.”

November 5, 2019 – Department Attorney responds to Bill Riggs: “But if there is any financial benefit at all which goes back to the dealer (even though the sale was made via the program), Section 4 would prohibit it. It would be the Chiefs responsibility to show, to the satisfaction of the District, that Section 4 is not violated. For its part, the Board would want to have clear proof that there is no violation of Section 4 by the transaction. (A violation, by the way, is a Class 4 Felony and would also result in a forfeiture of the Chief’s position.)”

The communications from the Department attorney appear to conflict with Riggs’s statement to the ISP. Clearly, Riggs was advised of the conflict.  We have also confirmed with two other trustees that Riggs never shared with them the information from the attorney.

Need more evidence of misinformation being provided to the ISP?

July 8, 2020 – Bill Riggs to the ISP: “To Riggs’ knowledge no one brought up a concern about the fire department’s spending with AEC prior to the March 2020 meeting.”

Considering the emails from the department attorney raise the concern about the department’s spending with AEC in both 2018 and 2019, it appears Riggs’ comments to the ISP are patently false. The very concerns Riggs claimed were not brought up were, in fact, brought up to Riggs by his legal counsel well prior to March 2020.

The one statement of interest, Riggs confirmed he was advised they were violating the law:  “Attorney James Sinclair made Riggs aware that they had been violating the Fire Protection District Act.”

We mention that fact because of numerous recent public comments made attacking us for exposing the truth and claims the law was not violated.  This statement will be repeated in future articles as it appears other ISP interviews point to instruction on what to tell the ISP that conflict with what Riggs stated.

Stay tuned for a laundry list of misinformation and what appear to be outright lies provided to the ISP criminal investigation of the Department’s business transactions with their Chief. At the conclusion of our articles on this matter we will provide all the records obtained with certain redactions removed.

So that there is no confusion of the focus of these articles, please know these matters are about the elected and appointed officials actions, not the personnel providing emergency services to the community, excluding the Chief.  We appreciate those volunteers who have stepped up to the call of providing a service to their community. 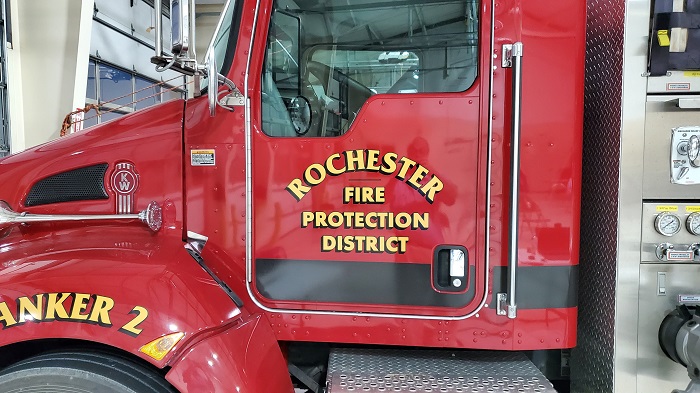