Reprinted with permission from checkcu.org please visit their website for more information on the Champaign-Urbana area.

When Urbana resident Tracy Chong tried to speak about problems with Urbana’s police complaint process, Council member Bill Colbrook (who serves as Police Chief for Parkland College) interrupted her and said that she was “out of order”.  The Chair, Dennis Roberts, responded by telling Chong, “let’s try not to be too opinionated and try to stick to facts, please.”

Ms. Chong was not allowed to finish her statement and Dennis Roberts moved on to the next speaker.  Before doing so, Roberts delivered the following message to Ms. Chong:

“Tracy, you’re doing a little bit better, I think we appreciate your civility.  Perhaps the content is not exactly perfect, but thank you for trying.”

A one minute video of the incident can be seen here:

The Illinois Open Meetings Act (OMA) allows for any person to address public officials at any meeting of a public body.  Check CU cannot find any provision in the OMA that would allow a public body to disallow members of the public from expressing “opinions” at public meetings.

Such a rule would seem to make public input at City meetings either impossible, or pointless.  If a speaker is limited to utterances of only established facts, then members of the public cannot say that they think a particular ordinance or decision by the City would be good or bad, because that would be an expression of the speaker’s opinion.

It also appears that Urbana’s new rules are being applied in a discriminatory fashion.  At the same meeting that Ms. Chong was cutoff, every speaker other than Chong also expressed opinions on various ordinances or issues being good or bad, but they were allowed to speak. 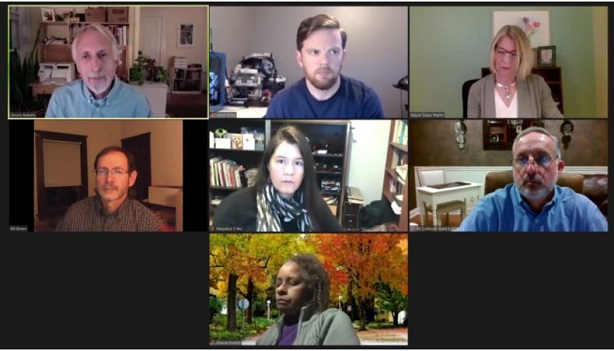