The onion clearly has many layers in Shelby County, and each time we peel back another layer it exposes more malfeasance and violations of law.  The latest being compensation for the County Sheriff Don Koonce.

According to the minutes of the County Board, the compensation which was set for the Sheriff in 2014 was 65,003.00 per year.  In 2018 the board approved a $4,000.00 increase to that amount.  There is no other compensation authorized by the Board, thus no other money should be paid to the Sheriff as compensation.

According to county payroll records, the Sheriff began taking a $750.00 clothing allowance in 2019.  The current total received for clothing is $1,500.00.  There has been no authorization for the additional funding which means the Sheriff is getting paid in violation of the approved compensation.

While we totally agree the Sheriff can create an internal order regarding uniforms and allowance for his employees, he can not implement matters that conflict with the law and our State Constitution, which he took an oath to uphold.  Allowing a Sheriff to create his own internal allowance for his own uniforms opens the door to self-dealing and directly conflicts with the State Law for his compensation. For those that have ever benefited from an allowance for certain expenditures, human nature is to only spend the minimum needed for the intended purpose and put the balance in their pocket. Such a practice with public funds rarely benefits the taxpayer.

As outlined in State Law, the Sheriff’s uniform is to be supplied by the County Board.

Sec. 4-6003. Compensation of sheriffs for certain expenses in counties of less than 2,000,000.
(a) The County Board, in all counties of less than 2,000,000 inhabitants, shall fix the compensation of sheriffs, with the amount of their necessary clerk hire, stationery, fuel and other expenses. The county shall supply the sheriff with all necessary uniforms, guns and ammunition. The compensation of each such officer shall be fixed separately from his necessary clerk hire, stationery, fuel and other expenses. Beginning immediately, no county with a population under 2,000,000 may reduce the rate of compensation of its sheriff below the rate of compensation that it was actually paying to its sheriff on January 1, 2002 or the effective date of this amendatory Act of the 92nd General Assembly, whichever is greater.

The fact the law has established a specific carve-out for the Sheriff uniforms, guns, and ammunition points to a legislative intent that these items are a County Board obligation and such expenditures should have receipts.  This ensures only the funds needed were provided for those items.  The law makes no reference to giving a Sheriff the power to implement an allowance for himself.  His doing so conflicts with the law.  By issuing a separate ‘allowance’, there is no accountability to the taxpayer that the ‘allowance’ was actually spent on what it was supposed to be spent on. While we understand the power a union has to insert such an allowance into a union contract, that does not mean the Sheriff can adopt a union contract provision for himself.

The County Board shall supply the necessary uniforms according to the law and such an expenditure by the county board creates a paper trail to show the funds were spent on actual uniforms which is a requirement in our State Constitution.

The solution to this past practice is to stop all direct payments for clothing allowance to the Sheriff and simply require the Sheriff to turn in the appropriate claims for ‘necessary’ uniform purchases. Those claims would be processed like any other expenditure approved by the Board.

While we have little confidence the current majority of the Shelby County Board will do anything to fix this matter, we continue to wonder when the State’s Attorney is going to address the illegal gun sales by the Sheriff that resulted in missing guns and financial transactions that do not balance. 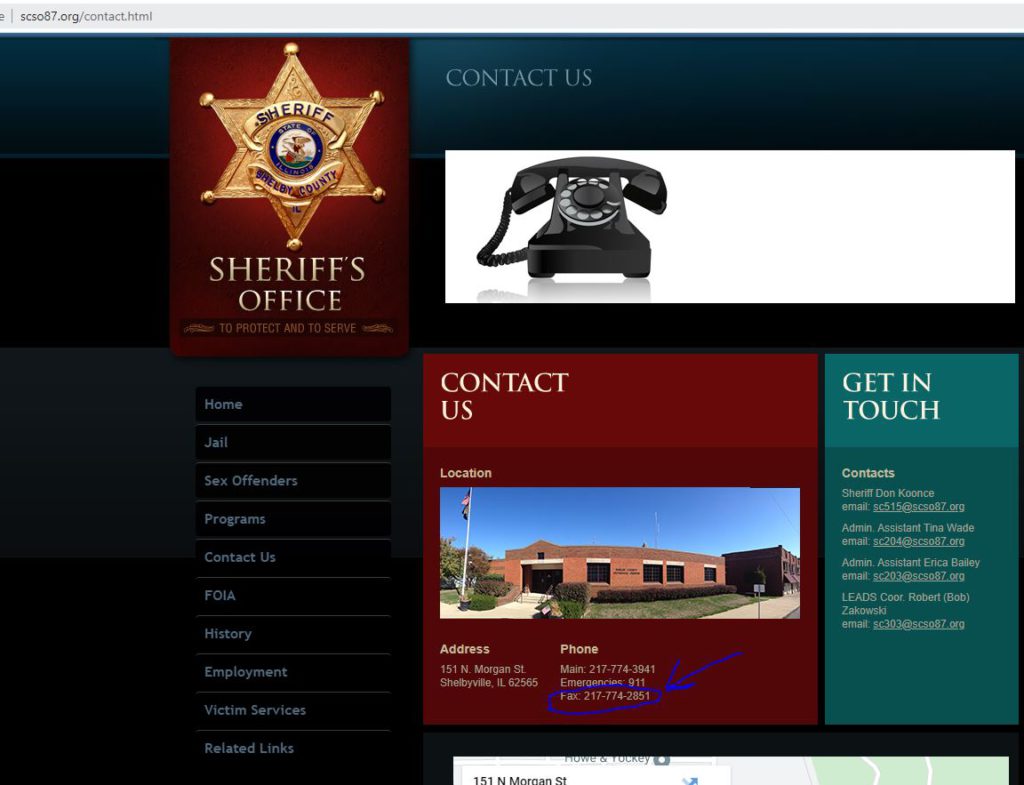