The Shelby County Board Chairman attempted to take action for things not on the agenda during this week’s meeting.  Only a handful of board members challenged his action with a majority supporting it.  The question we wondered is why would so many board members support an action which is considered a Class C Misdemeanor?

During the initial violation the Chairman was called out for his actions and he ignored the warning, which as expressed, was done in hopes of preventing the board from committing a crime.  We covered it in this article.

This issue is about taking action on something not on the agenda and whether it is legal or not.  A few are arguing it was legal, we will explain why it was not.

5 ILCS 120/2.02 (c) Any agenda required under this Section shall set forth the general subject matter of any resolution or ordinance that will be the subject of final action at the meeting.

Considering there was nothing on the agenda for the action being taken, it would be a violation of section 2.02(c) of the Open Meetings Act.

Those who read the statute and fail to take the next step to see how the courts have applied the law is where people get in trouble on this matter.  Within the Open Meetings Act it states under section 2:

“The requirement of a regular meeting agenda shall not preclude the consideration of items not specifically set forth in the agenda.”

On the surface, people assume they can take action on items not specifically set forth in the agenda but that is not what the law actually states.  Such an assumption is wrong as the courts have explained the term “consideration of”.

Defendants acknowledge that the alternative benefits program for ECO was not specifically set forth in the agenda. Defendants argue, however, that pursuant to section 2.02 of the Act, “the consideration of” an item not specifically set forth in the agenda references an opportunity for action by the public body. 5 ILCS 120/2.02 (a) (West 1998). We disagree. InCounty of Knox, 188 Ill.2d at 556, 723 N.E.2d at 263, the supreme court opined:

“The fundamental rule of statutory interpretation is to give effect to the intention of the legislature. A court first looks to the words of the statute. The language of the statute is the best indication of the legislative intent. When the statutory language is clear, it must be given effect without resort to other tools of interpretation. In interpreting a statute, it is never proper for a court to depart from plain language by reading into a statute exceptions, limitations, or conditions which conflict with the clearly expressed legislative intent.”

“It is the public policy of this State that public bodies exist to aid in the conduct of the people’s business and that the people have a right to be informed as to the conduct of their business. In order that the people shall be informed, the General Assembly finds and declares that it is the intent of this Act to ensure that the actions of public bodies be taken openly and that their deliberations be conducted openly.

The General Assembly further declares it to be the public policy of this State that its citizens shall be given advance notice of and the right to attend all meetings at which any business of a public body is discussed or acted upon in any way.” 5 ILCS 120/1 (West 1998).

By applying the court’s determination to the written statue it is clear if an item is not on the agenda, there can be deliberations and discussion of the item, but not action taken on the matter.

One thing that might help this board in the future, is for all of those members (six as of the last FOIA) who have failed to comply with the required Open Meetings Act training to do so ASAP.  We understand some members have claimed they are not going to do it and we will follow up with an article dedicated to exposing those Shelby County Board members who refuse to comply with their statutorily required training. 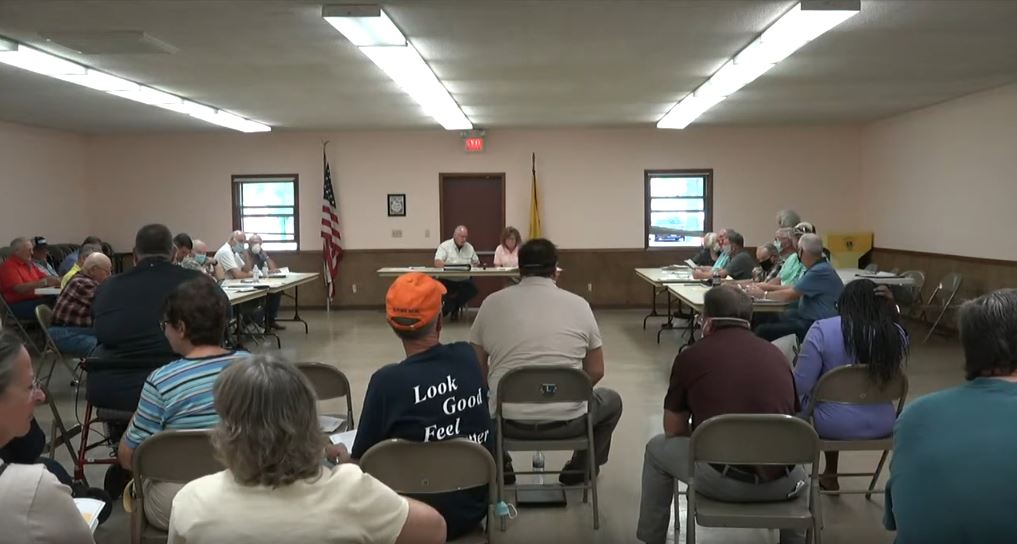