Do Laws Matter to County Engineers In Shelby County?

In Illinois, a state where some would argue is the most corrupt in the country, one need only look at the local level to understand why.

Our laws are crystal clear regarding using public resources for private purposes.  In short, its a crime.  Specifically, Article VIII Section 1(a) states, “Public funds, property or credit shall be used only for public purpose.”

Operating a private engineering business out of the county facilities is not legal, period. According to the County Chairman Bruce Cannon, as if to justify the actions of the current highway engineer operating his private company from the county facility, he defaults to past practice.

A recent Freedom of Information request resulted in the production of a letter to Alan Spesard from Rich Mochel, the prior Shelby County Engineer and also the owner of K&M Engineering as well as the former City of Shelbyville Engineer.

Two paragraphs in that letter jumped out at me.  The first being an admission by Mochel that he performed a variety of design projects for the city over the past five years and that those were in addition to his duties as the city engineer.

“K & M Engineering has performed a variety of design projects for the City of Shelbyville over the past five years. These were design jobs that were done in addition to my duties as the City Engineer.”

According to the Illinois Secretary of State database, there is no registered K&M Engineering listed as an Illinois Corporation or LLC.

The second part of the letter that raised red flags is found in the second to last paragraph.

“Since my retirement from the Shelby County Highway Department, I have established a permanent office here in downtown Shelbyville in a building that I own, and I plan to perform engineering work from that office for local developers and local governments.”

Based on the letter, Mochel had done jobs over the last five years but only after his retirement did he establish a permanent office in Shelbyville.  Such a statement appears to confirm what Chairman Cannon thinks is perfectly legal, doing business from the county facilities.  While the letter does not admit as much, both the current Engineer Alan Spesard and the County Chairman confirmed that is how it has always been done in Shelby County.  The letter also points to the same problem the current County Engineer has found himself in, being a County Employee, City Engineer, as well as proving engineering services to the city of which he was the engineer.

I guess for laws to matter they must first be read and understood.  All indications are the current State’s Attorney is basically retired on active duty as she has done nothing to date to correct a single illegal act by public officials in Shelby County dating clear back to early 2017 exposure of the Shelbyville Township official’s illegal acts.

A copy of the letter can be downloaded at this link or viewed below. 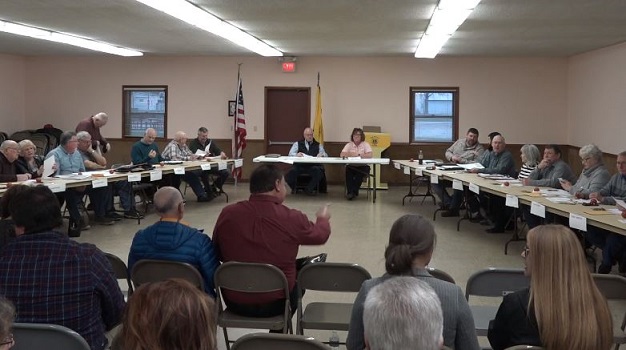