During the last Legislative session, numerous new laws were pushed through with little or no time to evaluate them for even the most basic of problems.  Throughout the Illinois School Code, there have been amendments and new laws passed and signed into law as a result of the COVID-19 pandemic.

One in particular deals with Remote and Blended Remote learning.

(105 ILCS 5/10-30)
Sec. 10-30. Remote and blended remote learning. This Section applies if the Governor has declared a disaster due to a public health emergency pursuant to Section 7 of the Illinois Emergency Management Agency Act.

Sec. 4. Definitions. As used in this Act, unless the context clearly indicates otherwise, the following words and terms have the meanings ascribed to them in this Section

“Public health emergency” means an occurrence or imminent threat of an illness or health condition that:
(a) is believed to be caused by any of the following:
(i) bioterrorism;
(ii) the appearance of a novel or previously controlled or eradicated infectious agent or biological toxin;
(iii) a natural disaster;
(iv) a chemical attack or accidental release; or
(v) a nuclear attack or accident; and
(b) poses a high probability of any of the following harms:
(i) a large number of deaths in the affected population;
(ii) a large number of serious or long-term disabilities in the affected population;
(iii) widespread exposure to an infectious or toxic agent that poses a significant risk of substantial future harm to a large number of people in the affected population.

In order for the Governor to be able to declare a disaster due to a public health emergency, there must be a public health emergency as defined.  Note that when a portion of the state has a flood, the disaster declarations are applied to the area that is affected by the flood, not the whole state.  An example of such a targeted declaration is found in the Governor’s recent EO for Bureau County flooding from a thunderstorm. Note the specific targeting language:

Section 1. Pursuant to the provisions of Section 7 of the Illinois Emergency Management Agency Act, 20 ILCS 3305/7, I find that a disaster exists within the State of Illinois and specifically
declare Bureau County as a disaster area.

Note the difference in the EO related to COVID-19

The Governor has insisted that he is following the advice of the experts and the science as it relates to COVID-19 yet his first EO had nothing to do with Public Health but rather protecting the interest of the marijuana industry, which he has family ties to. (article here)

The first EO that had anything to do with COVID failed to even follow the advice of the recognized experts as he claims he is doing.

WHEREAS, in communities with confirmed COVID-19 cases, the CDC currently recommends mitigation measures, including practicing social distancing, staying at home when sick, staying home when a household member is sick with respiratory disease symptoms or when instructed to do so by public health officials or a health care provider, and keeping away from others who are sick; and,  (EO 2020-04)

At the time of the EO, few counties had any confirmed COVID-19 cases, yet he implemented a once size fits all policy.   While we understand the intent, we don’t understand how he can claim he follows the advice of the experts, who he confirmed recommended a targeted approach.  Additionally, the definition of a public health emergency has been ignored.

Many parts of the state, and arguably the vast majority of the state does not have a public health emergency as defined in the law.  The proclamations the Governor has issued fail to conform to the long-standing practice of such proclamations for other disasters in that they are not targeted to the affected area. When such a broad brush is used rather than a targeted approach for the affected area, it seems clear the Governor has exercised power never granted nor intended by the legislature.

We view this entire mess as being typical Illinois Government.  Schools will say the Governor declared a disaster so we can do remote and blended remote learning while never giving thought to the legality of the actual declaration.  We see public officials all the time use the same illogical thought process.  A board commonly passes a policy and they think since they voted for it then it’s binding.  A simple review of the Attorney General PAC rulings will expose hundreds of rulings where such adopted policies or agenda items are not legal under the law.

We believe the courts will do much the same with the Governor’s lawsuits against schools who dare question his declarations.

For those that did not take the time to read the article detailing the legislative definition of Public Health Emergency, once again we urge you to do so. (article here) 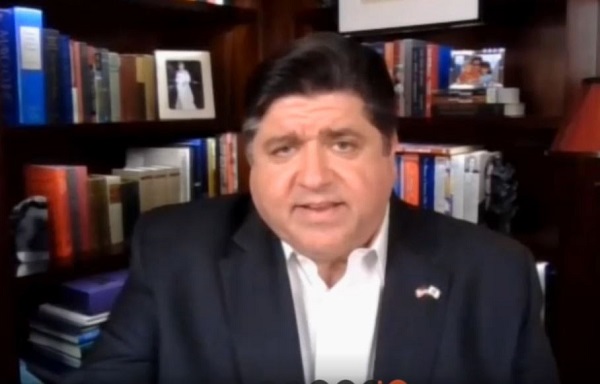