Justice may be slow in Illinois, but clearly justice was provided in a recent City of Carlinville lawsuit.   Clear back in October of 2017, we published this article explaining why the City did not have the legal authority to form a non-profit for the purpose of having that non-profit provide water to them.   In December of 2017, we urged the City to fire the attorney for the lousy legal advice he provided, article here.

The City chose to ignore each and every suggestion to not go down the illegal path, even to the point of one of their attorney’s referring to us as Political Terrorists.  The Cities actions lead to a local citizen filing a two-count lawsuit against the city in February of 2018, article here.

As public interest in the Cities action grew, more questions were raised that resulted in Notice of Criminal Trespass being issued to the City in an effort to silence certain city council members.  We covered that in this article.

What is probably the most ironic part of this entire chain of events is the justification for the creation of a private non-profit with taxpayer money and what they said about anyone who dares question it. Their arguments are all in the Notice of Criminal Trespass.

“Any suggestion that the municipality does not have the authority to join this organization is simply wrong and if necessary, will be demonstrated in a court of law. I would strongly recommend the City not take legal advice from uneducated, laypersons, and “watchdog groups” who misapprehend the law and simply do not know what they are talking about.”

“It is unfortunate that a small group of misinformed individuals with personal agendas seeks to stand in the way of the entire community’s lawful attempts to seek a safe, stable source of potable water for many years in the future, but such is the nature of our recent political environment.”

Fast forward to yesterday’s Court Order on the matter:

A thorough read of all the events that took place in this whole process, to include threats of trespass for those who dare challenge what the city was doing, makes the Court’s Order a beacon of hope for justice in Illinois.  The attorney that sent the Notice of Trespass was clearly proven wrong on every point, in a court of law.

Congratulations to Mr. & Mrs. Brotze for having the courage to stand up for the rule of law.

Stay tuned for several more articles on this matter as there are substantial amounts of money involved that need to be paid back now that their actions were found to be in violation of the law.

A copy of the Judge’s 18 page Order can be downloaded at this link or viewed below. 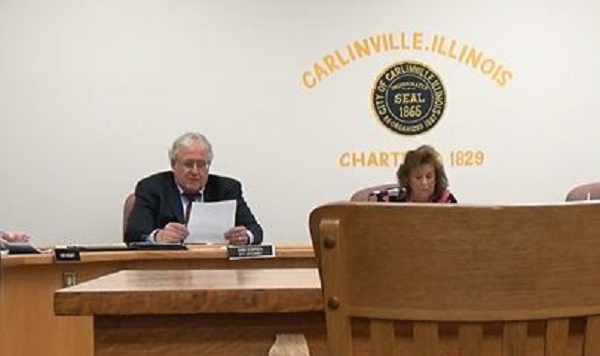