Where is the Department of Justice ?

While courts are issuing orders across the country pointing out Executive Orders are violating people’s Constitutional Rights, the question now becomes where is the US Department of Justice.

Section 242 of Title 18 makes it a crime for a person acting under color of any law to willfully deprive a person of a right or privilege protected by the Constitution or laws of the United States.

“For the purpose of Section 242, acts under “color of law” include acts not only done by federal, state, or local officials within their lawful authority but also acts done beyond the bounds of that official’s lawful authority, if the acts are done while the official is purporting to or pretending to act in the performance of his/her official duties. Persons acting under color of law within the meaning of this statute include police officers, prison guards, and other law enforcement officials, as well as judges, care providers in public health facilities, and others who are acting as public officials. It is not necessary that the crime be motivated by animus toward the race, color, religion, sex, handicap, familial status or national origin of the victim.”

“The offense is punishable by a range of imprisonment up to a life term, or the death penalty, depending upon the circumstances of the crime, and the resulting injury, if any.”

Let this fact sink in and remember it every time you hear another Judge declare that the Government violated a person’s Constitutional rights with the Executive Orders being issued during this current pandemic, which is not the first this country has seen, but possibly the worst as it relates to the trampling of people’s rights.

We pray that the Department of Justice stands up to defend those who have been violated and actually prosecute the bad actors.  Without such action, the public trust will continue to dwindle in this great Country called the United States of America. 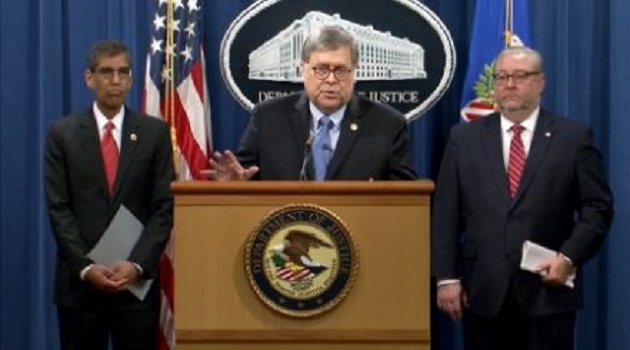