We have republished another video which we believe was censored at the request of either Algonquin Township, Clerk, or family of the clerk.

YouTube does not disclose the names of those objecting to the video, only that a “privacy claim” was made, and then the video removed. Since Algonquin Township has previously paid its attorney to object to videos placed on YouTube, we assume either the township or a person in the video objected again.

We keep copies of all of our videos uploaded to YouTube, and have placed a sample of this particular video on our website (below), with the entire censored video available for download (here). We also republished the original video in the original article.

This particular video was claimed to be part of an Order from the Court to keep it under seal (original article here), however, the Order was later revoked and void form the beginning because the Clerk lacked statutory power to sue in her name (here).

In the below sample of this censored video, you can clearly hear Algonquin Township Clerk Karen Lukasik refer to an employee as a “Bitch” simply because she asked her who she was.

Once again, censorship never works, and this video will never be taken offline again – it is a public record of the township. 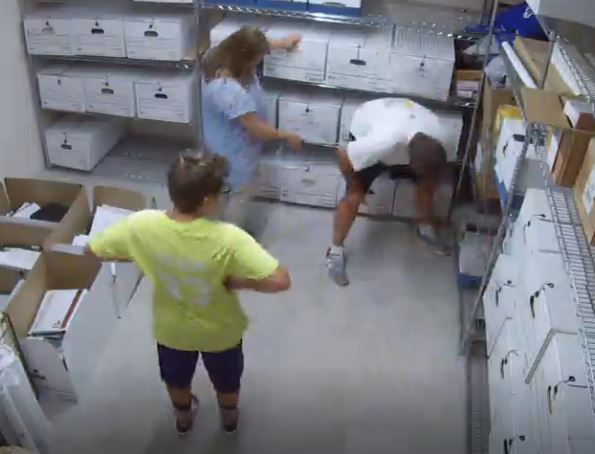