This lawsuit names John Cabello and ALL CITIZENS OF THE STATE OF ILLINOIS as Plaintiffs.

Count 1 seeks a Declaratory Judgment that Pritzker had no legal authority to act in ordering isolation or quarantine of citizens and the closure of businesses.

Count 3 seeks a Declaratory Judgment that Section 1 of Pritzker’s March 20, 2020, Executive Order is void ab initio as it violates procedural and substantive due process.

Count 4 is a Request for Injunction that Pritzker’s Orders be issued within the authority delegated by the Legislature or from any authority granted him by the Constitution, and the issuance of an Order enjoining anyone from enforcing the March 20 Executive Order and permanently enjoining Pritzker from any further Executive Orders against Cabella and all citizens.

It is our understanding that Rep Cabello is attempting to communicate with Gov Pritzker to not extend the current EO, and convene the Legislature so this process can be accomplished according to Illinois law.

He has not asked for a Temporary Restraining Order at this time.

You can download the complaint at this link nor view below. 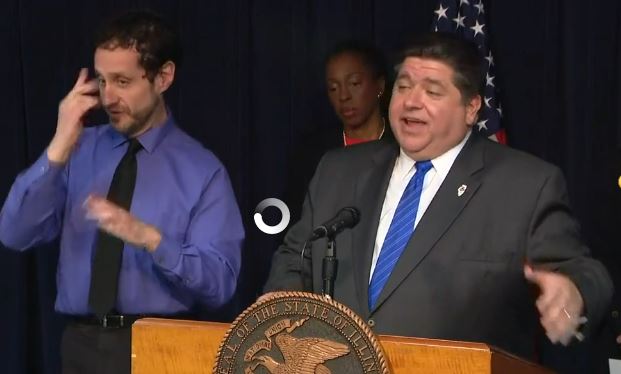