How do you know when a public board is completely disinterested in what you are saying?

They show contempt towards the public during meetings by:

Pictures say a thousand words...(this is a screencap from a Marc Fusion video on YouTube)

Decatur Public Library Meeting: "The Timekeeper" did this during the entire time the speaker raised serious matters regarding expenditures of public funds. 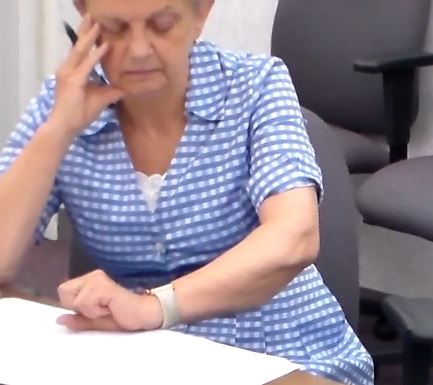 During public comment, which can be viewed below, it is clear the message being delivered is one that we would hope public officials would take concern with but it is clear in this case, there was no concern raised about the questionable spending.  One member chose to "lodge an objection" to the person videotaping the meeting.  If he is a board member and has taken his Open Meetings Act training he would know that his objection is meritless. Videotaping public meetings is perfectly legal.

One member claimed the speaker was "technically" required to inform them he is filming and goes on to claim it was their counsel who advised them of that position.  Such a position is not supported by law and is yet another example of public officials not knowing even the most basic rules found in the Open Meetings Act.