On June 29, 2018, the McHenry County Sheriff’s office took a police report from Algonquin Township Clerk, Karen Lukasik.  Our first coverage of that report was regarding the alleged theft of a video that we had published on our web site.  You can read that article at this link.

Redacted from the report in that article were several other items Lukasik alleged were stolen from the Township.  For example, Lukasik alleged time cards were stolen, yet she fails to mention who’s time cards was stolen or missing?  Considering there were numerous people working at the township you would think she would have identified if it was all the time cards missing or just certain employees. We find the report very odd due to its lack of detail as to what or who’s time cards are missing.

Since she named the victim of this alleged theft to be the Township and not the Road District, it would appear her report is false regarding our writing about time cards as our time card stories have all been about Road District employees, not Township employees.  Considering she alleged the Township is the victim, our publishing of records has nothing to do with what she claims.

If her reference of our publishing time cards does relate to Anna May Miller’s time cards, why did she wait until June 29, 2018, to allege they were stolen?  We do know that as of May 31st, 2018, there were copies of time cards being provided by a trustee so it would appear they existed at some point even though Lukasik never provided them.

As we have said numerous times, we obtained Anna May Miller time cards from the State’s Attorney’s office by submitting a simple FOIA request.  If time cards were stolen maybe the suspect is actually someone who had access rather than an organization almost 5 hours away with no such access, assuming they were actually stolen.

How would our publishing certain information equate to making us a suspect in an alleged crime?  We had no access to any of those records, yet it appears Lukasik, the person requesting a report from the police, has implied we are the suspect.  We contend at a minimum, that portion of the report is false.

Lukasik also alleged training certificates were stolen.  If that is true, then why did she wait until June 29, 2018, to file this complaint?

On November 27, 2017, 7 months earlier, she responded to an FOIA request and provided the following statement regarding those training certificates:

To date, she has NEVER provided those records that the Attorney General PAC does, in fact, possess with the exception of Trustee Shea who appears to have not taken his mandated training after being elected to the Township.  Her failure to comply with that particular FOIA request is part of our 16 county FOIA lawsuit.  Is this report simply a way to deflect from the fact she never did what she told us she was going to do?

Considering the claimed stolen records are in the possession of other public bodies it seems logical to first contact them to secure copies of what is claimed to be missing and then begin an investigation as to how those entities came into possession of them.

One thing we know, whoever raised our name as a suspect has done so without any evidence to support such a position what-so-ever.  In doing so, they have provided false information and wasted the time of the Sheriff’s office in what appears to be nothing more than a means of deflection for an inability to comply with the most basic FOIA requests.

You can download the questionable theft report at this link or view below. 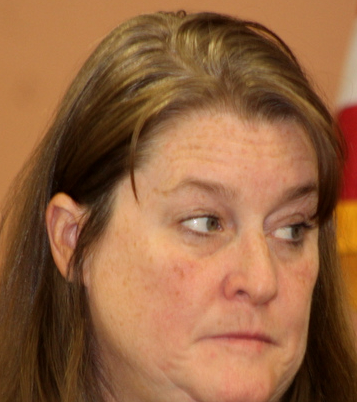