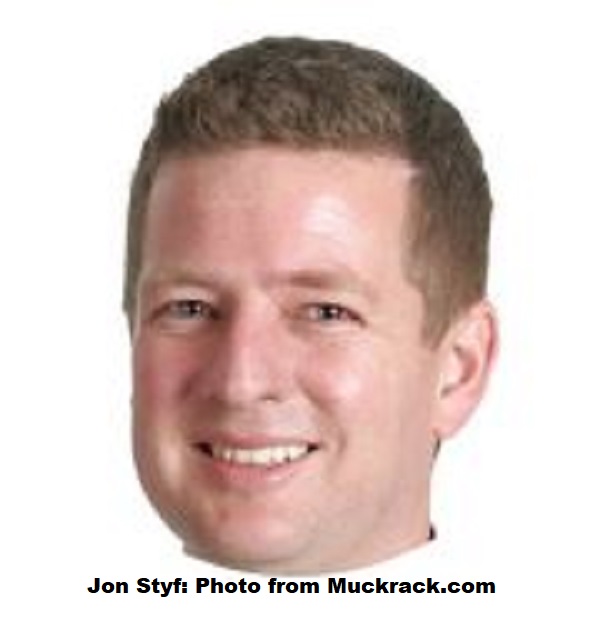 Recent communications with Jon Styf have brought clarity on some issues and considering he said: “feel free to correct your error”, let the clarity begin.

It all started when the NWH reporter Ed Komenda wrote an article that contained numerous false statements.  We exposed that work in this article.  To date, we have not seen any correction to those errors.

Following that article, Jon Styf, Editor for the NWH, wrote his piece on Algonquin Township and raised numerous questions about our organization yet never asked us anything, which would have addressed his questions.  We have to assume such questions were more about making insinuations than actually reporting. We addressed his comments in this article.  I also emailed him and let him know if he had questions to ask them.

Rather than Styf asking us any questions, he had his reporter send them.  We answered all of them and many others in this video article with the exception of one relating to our attorney that had no relevance to our operations which was conveyed in a separate email.

When we published this article regarding a letter to the editor, Styf sent me an email and said:

We have pretty simple and straight-forward rules for letters to the editor. The rules run most days that letters run.

Not only were neither of the two letters we received this week regarding Mr. Hanlon marked as Letters to the Editor, neither followed the rules, so we can’t publish them. You can look back and see that we’re fine publishing letters critical of us. Our work should always be subject to scrutiny, that’s part of the journalism process.

The rules were created for a reason, to ensure letters come from real people.

Feel free to correct your error and check with the source if they followed the rules on submission.

I’m also interested in this sentence: “Considering we do not nor ever will subscribe to the NWH”

We basically made 5 points in the article Styf claims were “completely false”.
We said:

The clarity comes from the communications with Styf.  We now have a much better understanding as to how the paper plays the game.  Styf defaults to rules for publication of letters to the Editor however those rules have very little to do with what we stated in our article.  He confirms he recieved two letters but says they were not “marked as letters to the Editor”.  Now I don’t know if that is some internal mail-room boy or girl marking his mail accordingly or not, but I do know a letter that is addressed to “Editor in Chief”, is, in fact, a letter to the Editor. Nevermind the fact his own email confirms he (the editor) recieved two letters.

Styf chose to focus on the rules for publication of such letters rather than actually calling them a letter to the editor. What is sad is the fact he confirms receiving them and has yet to correct the very matters raised in at least one letter. That appears to be an indicator that if you sent a letter to him anonymously about something that needs correcting, it will be ignored, facts be damned.

During my communication with Styff, he stated:

His attempt to say we were incorrect in our article is laughable.  I responded:

I will be more than happy to run an article that explains your claims.

While I understand your “rules” for such letters to be published, we both know it does not take much effort to confirm who sent the letter to you, as the editor.  The lack of willingness to verify the letter as being from a real person is most telling.

And now, rather than simply correcting the inaccurate reporting, the Editor of the Northwest Herald claims our article on a letter to the Editor is “completely false”, while never providing one shred of evidence it was false.  To him, it was false because rules for publication were not followed, yet he admits receiving the letters.

And the most interesting response from Styf is with this statement:

“Feel free to correct your error and check with the source if they followed the rules on submission.”

While Styf wishes to focus on rules for publication and or submission, he fails to understand such rules have nothing to do with his actual receipt of a letter to the Editor.

The NWH appears to have no interest in correcting the inaccurate publication by Ed Komenda but would rather tell us to feel free to correct what they perceive as an error while failing to point to any specific error.  There was no error in our reporting.  We hope that this article brings clarity to what kind of effort goes into your local reporting and how even after being proven wrong in their reporting with actual court records and affidavits, they have not corrected it.

We ask that the NWH feel free to correct Komenda’s reporting of inaccurate information.