He was spotted, on September 10, 2018, driving the Sheriff’s Department vehicle, allegedly while wearing his campaign shirt, to a radio interview at WSDR, where he discussed his campaign for Sheriff of Whiteside County.

We contacted Mr. Booker who stated he stopped by the radio station on his way to a “Partnership Meeting” (Whiteside County Healthier Communities Partnership) at the United Way in Sterling. This is a partnership with local civics groups and local governments, including law enforcement. It is approximately two miles from the radio station. After speaking to Booker, he denied wearing the shirt while driving, claiming he put the shirt on for the interview.

The photos below show this vehicle parked outside of the radio station WSDR, what appears to be Booker in the studio, and a photo of Booker taken from the front in the studio. 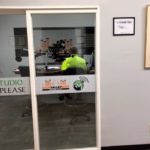 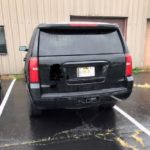 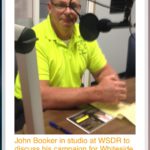 As far as electioneering goes, this could be considered electioneering, not much different than former Prisoner Review Board Member John Clough’s use of a state vehicle to deliver petition packets to the Coles County Courthouse while claiming it was on his normal route to work. 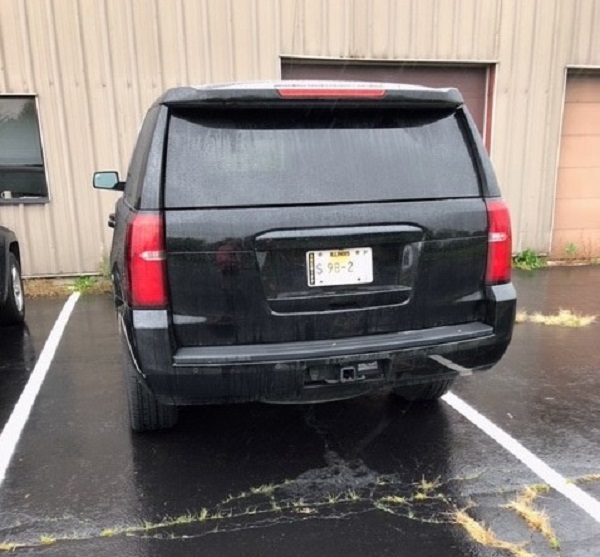