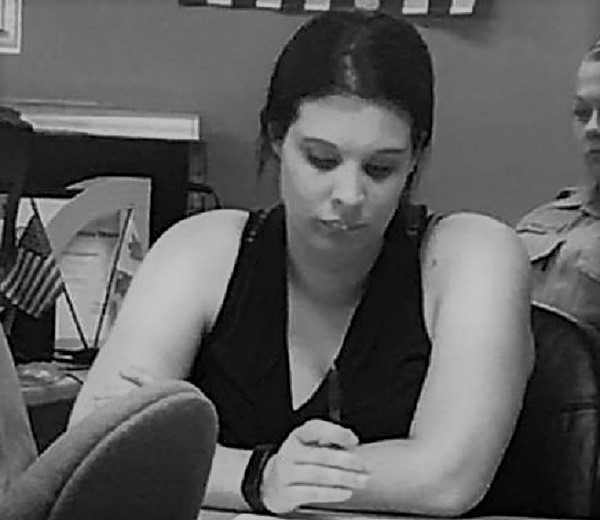 Wesley Township Clerk Sarah Norton has filed a police report claiming she was harassed by a local citizen.  The incident in question was filmed and after reading the report, it is clear the Clerk has filed a false police report, lied to the police, and her father misleads the police with his witness statement.

This is typical behavior for public officials who have ignored the law for so long they believe they are a protected class from public scrutiny.  Not so for this father-daughter duo who are fast-tracking their way to trouble.

The video evidence proves there was no harassment or stalking as she claimed nor any request for the person to leave the property. We covered the initial incident in this article and it is clear, the police report filed by Sarah Norton is a false report.

Reading the police report and then watching the video, we can find nothing pointing to any type of harassment towards Sarah Norton or her father.  The person filming the episode was at the Township Office to speak with the current Road Commissioner and decided to video the event as the file room door was open and he heard people talking from the room.  As can be seen in the video, there was no “harassment” taking place nor “stalking” as the Township Clerk insinuated in the video.

We suggest the police take a hard look into a possible Disorderly Conduct violation by Sarah Norton with her contacting the police and filing a false police report.

Of interest in the police report is the fact there is not a single mention of the word harassment in the narrative by Sarah Norton and her father.

We also suggest the police look into their claims of being public officials (county clerk - road commissioner) when they are not those public officials. It falls under the Illinois Criminal Code, False Personation - 720 ILCS 5/17-2(b)(2), with penalties listed under Subsection of (f)(3).