During the August 2018 Madison County board meeting, Kirk Allen attempted to address the board during public comment.

Several board members objected citing their (illegal) public comment policy of requiring a person to sign up more than 48 hours (53 hrs to be exact) in advance of the meeting in order to comment. This would mean they have to sign up in advance of knowing what will be on the board meeting agenda, which is only required to be posted 48 hours in advance.

We believe their policy violates the Open Meetings Act and places unreasonable restrictions on public comment and that belief is based on previous AG PAC opinions on this type of situation.

The board also failed to comply with the Counties Code and its requirement to provide time for “employees and members of the public to comment and ask questions of the board.”

This counties code requirement can be found in 55 ILCS 5/2-1001, entitled Regular Meetings.  When this code was presented to the County Chairman he acknowledged he was not aware of that County Code.

“At each regular and special meeting which is open to the public, members of the public and employees of the county shall be afforded time, subject to reasonable constraints, to comment to or ask questions of the board.”

The State’s Attorney was asked about this situation during the meeting and advised that they have an ordinance that was adopted thus it has the power of law and they can’t suspend it so they went ahead and violated the speakers right to speak.

Again, we believe any requirement to sign up in advance of a meeting, and especially prior to the agenda being published, is an unreasonable requirement, does not further a significant government interest, and does nothing to further the right to comment.

The Illinois Attorney General had written a recent opinion on this subject when Mr.  Bob Grogan attempted to speak at a McLean County board meeting and was denied because he did not sign up far enough in advance, stating that the requirement was unreasonable.

We suggest Madison County Board review and update its public comment policy to bring it into compliance with the Open Meetings Act and the Counties Code. As you can see in the video, the Board Chairman said the board would review and update their policy. 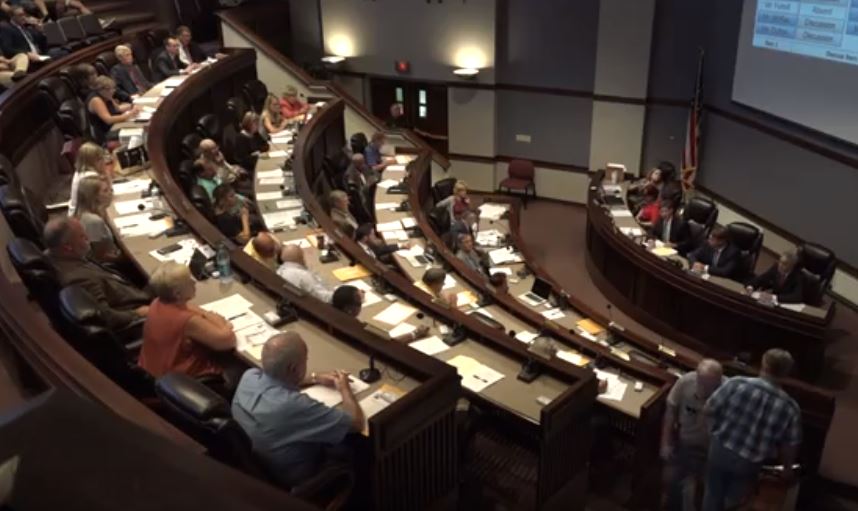