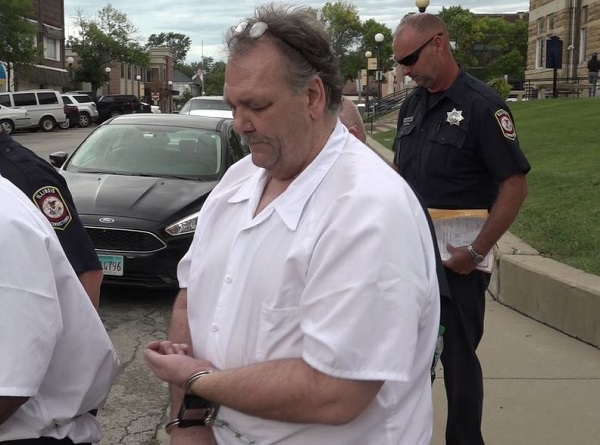 The convicted felon, Barry Wolfe, appeared in DOC custody, without counsel, in front of Coles County Judge O’Brien this morning on his Motion to Withdraw Guilty Plea.

Wolfe had been previously sentenced to 60 years in Department of Corrections after his Guilty Plea on 4 Counts of criminal sexual abuse, while under his supervision, of girls between 13 and 17 years old. He is a former AAU girls basketball coach.

Defendant had previously submitted a letter to the Court that Judge O’Brien construed as a Motion to Withdraw Guilty Plea.

Defendant’s public defender had filed a motion to withdraw from the case, Wolfe confirmed it was on his suggestion and he did not object to the withdraw of counsel.

An “Attorney only” status hearing is scheduled for September 13 at 9:00 a.m. where a date will be set to hear the Motion to Withdraw Guilty Plea.

Wolfe wanted to know if he was now going to stay in Coles County Jail awaiting the Hearing, but the Judge told him he would remain in DOC custody and return to Coles County for the hearing on his Motion.