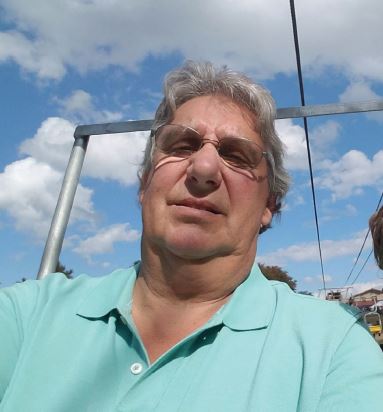 Does anyone know what triggered an audit of sick days in the year 2000?

Why would we want those records?

We obtained sick day records for three people who also were recipients of so-called "sick pay audits" that provided them with a substantial amount of sick time that the so-called audit claims were done in 2000.  These letters were presented to support the awarding of sick time to Miller's political handyman Doug Helman and two other employees prior to Miller leaving office.

These letters were from Bob Miller!

So why out of the blue would these letters appear in 2017 citing they were written in 2000?  Are there any other such audits? Considering the computers were professionally scrubbed prior to Miller's departure we are unable to know when they were really written.  Metadata would tell us but those tracks have been, let's just say, wiped with a rag.

These letters contain virtually the same language as the one Bob Miller presented for his questionable sick day pay.  Miller's letter was dated 1997.  To date, no one has been able to actually produce any such audit that these letters claim was performed nor any records to support the information contained in them.

How many people believe that the Algonquin Township Road District had not one but two employees that worked for over 22 years and never used a single sick day?

Has to be a world record.

Who believes an accumulation of fifty-four years of work between three people and not one sick day was ever taken? Any bets payroll records prove otherwise? Any bets no one ever looked at those records during the alleged criminal investigation?

We asked for the applicable payroll records for these three for the time in question and to date that FOIA has gone unanswered.  We will add that FOIA violation to our current suit against the Township & Road District.

There must have been something in the water in 2017 as both Helman and Nuemann were paid for 5 sick days prior to Miller leaving office. I suspect they feel better now.

Of interest in these Bob Miller generated letters is the fact they make no reference to the actual date in December of 1995 for which this sick time applies.  Was it December 1st, 15th, 31st? An actual auditor does not typically make this kind of a mistake........3 times.  Especially when a specific start date was identified.

The Township Road District Clerk Karen Lukasik has been unable to produce any policy for sick time that was in place during the time frame in question.  Considering records have never been legally destroyed and these audits were done in 2000, where did they go?  In order to issue such a letter, there has to be supporting information yet this group of people has been unable to produce a shred of evidence to support this sick day letters.

We have asked for all sick day audits performed in 1999 and 2000 but it would appear the only audits that have taken place are for those closely connected to Bob Miller. That ignored FOIA will be another one added to our current lawsuit.

The circumstantial evidence is piling up pretty high in Algonquin Township and the recently obtained time cards are going to paint a very bad picture for the operation run by Bob Miller during his time in office.