Last year, an “anonymous” person opened up a website apparently designed to threaten, intimidate, and disparage us. While we fully support every person’s First Amendment rights, there are lines that can be crossed subjecting them to civil and criminal sanctions. We believe this to be one such case.

An Edgar County Deputy forwarded the information to the Edgar County State’s Attorney, who replied stating he didn’t have the expertise nor manpower to determine who owned the website, or who sent the messages, and therefore he could take no action against them.  Never mind the fact there were death threats that would open up the door to a simple subpoena to obtain the information.

I started doing some research and came across Illinois Supreme Court Rule 224, which basically allows a Motion for Discovery prior to a lawsuit in order to identify the person(s) who could be a defendant. We did that with the assistance of our attorney and are currently in discussions on what our next step will be, both civil and criminal.

The recipient of the subpoena responded with the information requested even though the website owner paid for registration “privacy” through a third party company:

In registering the website, he used a fake name (with a strange reference to a Star Wars character), but the rest of the information provided is real and it took me all of about 10 minutes to piece it together.

Here is his real information:

We know Mr. Kenneth Wilson from several articles we had written about Northern Illinois University (“NIU”) between 2015 and 2017.

Who is Mr. Kenneth Wilson, CPA?

After leaving NIU, Wilson moved to Ohio and purchased a 4-bedroom, 3-bath, 2,353 square-foot house with a total market value of $310,000, along with his wife Carol Wilson, in Avon, Ohio, which is located just west of Cleveland, Ohio, in Lorain County.

His address is 34140 Crown Colony Drive, Avon, Ohio and his real estate tax information can be found at this link (here).

He is currently employed as Director, Capital and Operating Budgeting at the private Case Western Reserve University, and apparently has been employed at CASE since leaving NIU. According to CASE, his work email is [email protected]

His Linkedin account says he is a CPA with over 20 years experience (here) (here for pdf version).

After the website registrar notified Mr. Wilson that they had provided us with his information, he removed all content from the website, with an “Updated Page Soon” at the top of its only page.

We are separating all the comments sent to our webpage dealing with this situation to make them more readable by subject and will publish all of them within the coming week. They are shocking, offensive to any reasonable person, racist, sexist, and threatening. It will leave you wondering what kind of a person could possibly think it was OK to send those types of messages to anyone else. The identity of those sending the messages will be exposed in the future as well. 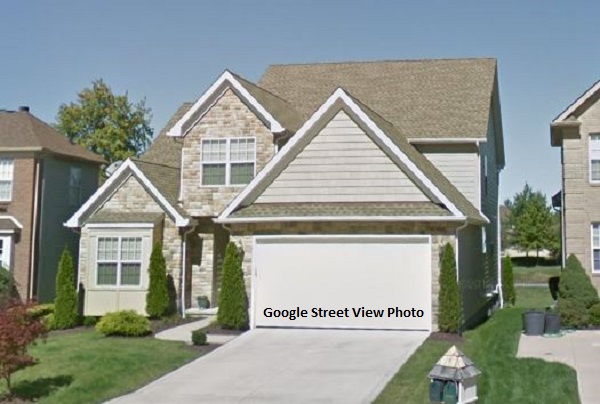