Once again we must set the record straight and educate those who don’t know the truth about those trying to persuade your vote.  This appears to be that final push to influence local elections by using their voice which they expect people to believe because they were once in office.

In this case, it’s past officials from the Sheriff’s office who appear to be headed up by none other than Darrel Cox in this letter to the Editor, timely submitted knowing a rebuttal letter won’t get published before the election. There are some very telling statements that must be exposed.

Who is Darrel Cox and what do you really know about his history?

For those who are not familiar with the past disregard for our laws and self-dealing by the past Sheriff Darrel Cox, we urge you to make yourself informed by reviewing all the articles at this link.  Why anyone would listen to the opinion of a documented sexual harasser and violater of court orders is beyond me but hey, this is a free country.

Of interest in the letter to the editor is the fact the former Chief Deputy is a party to the letter, who also happened to be a party to the sexual harassment where a bet was placed regarding Darrel Cox grabbing the breast of another officer.  The full report is found in the article linked above or found at this link.

After reading all the information linked above, please ask yourself, why would any candidate want ties to this kind of a person?  I suspect if you were to ask their wives if they endorse Cox’s behavior towards a woman, they would put marching orders on their husband to disassociate from this person.  In the case of Spear, he welcomes the support from this guy?

Two things jump out at us here.  The first being they failed to mention a word about Jimmy Rankin also being a veteran.  The other, a reference to, “actual leadership experience” relating to Spear.  A matter that none of those signing on to this letter would have any knowledge of.  I thank both men for their service, but as a veteran myself, I can assure you, unless you served with these men, you have no first-hand knowledge of what leadership experience they may or may not have provided while in the service.  To insinuate you do is simply politics.

“Spear has the support and trust of his fellow officers and those from other agencies as is evidenced by the unanimous endorsement from Coles County F.O.P. lodge 207, and F.O.P. Lodge 88, the Charleston Police.”

As outlined before in other articles, the Coles County F.O.P. lodge did not vote unanimously to endorse Spear.  The very paper publishing this lie is the proof no such unanimous vote of the members took place.  They only unanimous vote was of those present for the vote, which was less than half of the members.  Once again, politics.  Dissect their words people!

“We have learned through FOIA requests and have the documentation that shows the sheriff’s office was over budget $155,000 in 2017.”

We find it comical that they made no mention that part of this un-audited number includes $60,552.24 in automobile expense.  Oh wait, did they mention that it was Spear who wrecked a vehicle?  And no mention that $6,816.62.00 of the claimed overbudget number was attributed to a statutory obligation of feeding inmates.  How convenient those facts get left out when they are trying to get you to vote for the guy they support.

And we have learned through simply accessing the Comptroller website and downloading the actual audited financials for the county that were reported here, the two years where Rankin operated under his budget he was $224,719.00 under budget for the combined two years. If we are to believe the unaudited numbers Cox and his group provided, then Jimmy Rankin was still to the good by $69,719.00 if you look at his three-year numbers, which is his term to date. If you include the automobile issue and feeding of inmates, neither which can be predicted expenses, his numbers to the good for three years is $137,087.86.

Sadly, Cox and others would prefer to take a snapshot of one year or one line and imply that is grounds to replace Rankin.  However, the numbers don’t support their narrative, and the good thing, they are not our numbers!

“Sheriff Rankin has not accounted for his work time, sick time, or vacation time.”

And why is that Darrel?  Please do tell the world why?

Oh how fast they forget!  When I asked for Darrel Cox’s vacation time in 2014 his response tells us all we need to know about Darrel Cox and his opinion on this Sheriff’s Race.

“In regards to request number 4, as an elected official, the Sheriff does not earn any sort of benefit time.

So while Darrel Cox tells me there is no sort of benefit time for an elected official, he wants to manipulate that fact to infer a negative against Jimmy Rankin on that same issue.

Since we know he know’s there is no such thing as the benefit time he is demanding an accounting of, we then also know asking for accountability for it is nothing but a red herring.  Is that not yet more proof that Cox’s words have no value?  His words are disgusting and it is this kind of political game the people are tired of it.

“we heard very little about what he will do for the law abiding citizens of the county.”

Maybe I missed something in civics class.  What exactly is it that law enforcement is supposed to do for law-abiding citizens?  Law abiding citizens are not in need of law enforcement until a lawbreaker causes a situation for such a need.  That being the case, we must ask, what on earth is he talking about? I rather not hear about what he will do and instead look at what he has done.   Let a man’s record be the indicator of what you will get in the future. I am not seeing any record where the public was not protected, which appears to be the insinuation.

“A return to fiscal responsibility and spending within the budget line items, and use of available resources will be on the forefront of his plans.”

Considering the actual records point to a three year average of $69,719.00 under budget which includes vehicles and feeding of inmates, we find it confusing to see how that is not fiscally responsible?  As far as Cox’s comment on budget line items, line items are guidelines within an overall budget.  Overall, Rankin’s numbers point to fiscal responsibility.  I wonder why those same line items were not a concern when Cox was Sheriff?  Please, don’t take my word. Read for yourself or watch the video on Cox’s budget number sham during his attempt to become a State Representative.

“Our opinion is not personal, but based on our previous experience and qualifications. We ask you join us on March 20th and vote for Steve Spear”

Wow!  They actually acknowledge what they said was based on experience and qualifications.  Anyone find it odd that they don’t acknowledge it being based on facts that can be linked to and verified? There is a reason for that!

We won’t tell you how to vote.  We only urge you to become an informed voter! 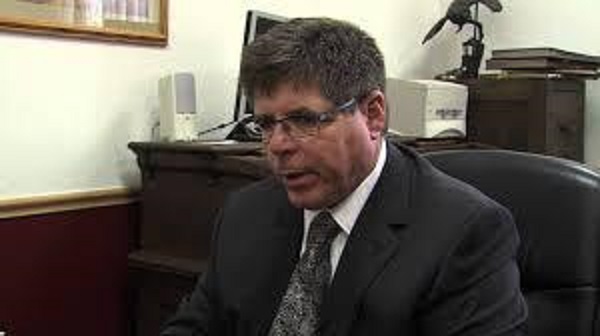