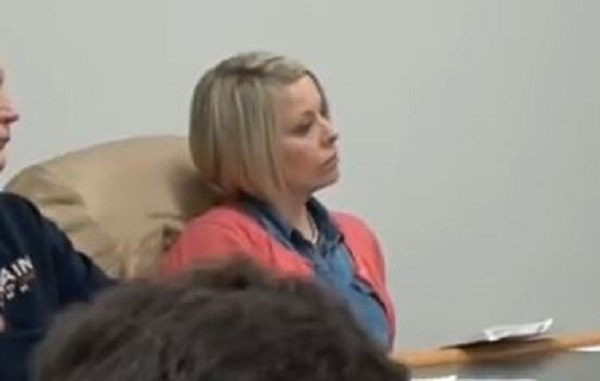 Alderman Cindy Campbell finally showed her true contempt for citizens in the aftermath of Carlinville's failed trampling of civil rights during its March 19, 2018, meeting.

Campbell is typical of what we see across this state, who thinks everyone except her is completely ignorant. The truth will show the opposite to be true, especially if she keeps taking the advice of Carlinville's attorney without questioning it.

How can an elected official, who is there because of the voters, be "astounded" at a voter's "arrogance" in presenting a draft public comment ordinance for the council's review - especially during a meeting where the city council and its attorney failed miserably in shutting down people wishing to speak? Amazing. Imagine if she held any real power over the voters... 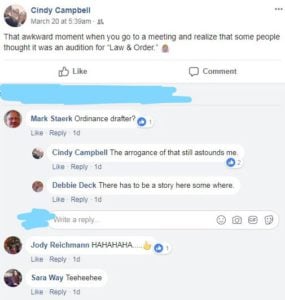 We are astounded at Cindy Campbell's arrogance in being astounded that a voter had the arrogance to try and put forth a draft ordinance on public comment during public meetings, and her disrespectful display of contempt towards the voter by refusing to even take a copy of the draft ordinance, that he worked so hard to produce, to review or throw away at a later date. Her display reminded me of a child throwing a tantrum on a schoolyard playground.

All those who refused to even entertain the idea of reviewing the draft ordinance should think long and hard about what your purpose on the council is, how you got there, and who you actually should be working for. This is why there can never be a civil conversation to exchange ideas - and another reason the courts have become involved.