When a concerned citizen filed a report with the Peru, Illinois Police Department regarding what she believed to be official misconduct; illegal use of a fire department vehicle to snowplow a private driveway, the Peru Police Chief sent her a message saying no law was broken.

This is a situation where a Peru, Illinois Fireman, Blake Frund, drove to the fire department, obtained the FD truck, and used it to plow the snow out of his personal driveway – Clearly a personal use of public property.

In his letter, Police Chief Bernabei states “the Peru Fire Department has had a long and sanctioned departmental practice in place that fire fighters are permitted the use of a department pickup truck and plow to clear their personal driveways during or after significant snow events. . . The practice is clearly legal under Illinois law as the use of the plow and truck was an authorized act under Illinois law as well as public policy and practice.”

The Constitution, or Supreme Law of the Land, says it is not an authorized practice. There is nothing I could find in the City of Peru’s online Ordinance book which authorized that use of a public vehicle, and historical practice is not an excuse. Even if it was in city policy, it would still be a violation of law because a local government cannot pass rules which conflict with state or federal laws.

Using the fire department truck in this fashion serves no public purpose and constitutes use of public property for something having no public purpose, and in turn, violating the Illinois Constitution.

In an interview with mywebtimes.com, another local Fire Chief stated their firemen clean their own driveways out just like all the other people and that in his 30 years of experience, never once could he remember an instance of his firemen using public equipment to snowplow their private driveways.

I find it quite telling that Police Chief Bernabei cites “State law” in his letter, but never cites a specific state law – maybe because it does not exist… 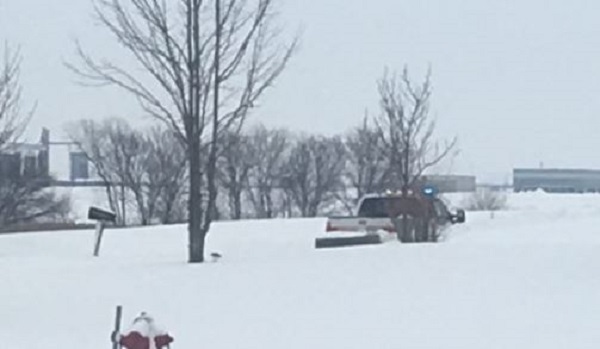