Last week we attended the Charleston Community School District #1 School Board meeting.  The purpose of our attendance was to share some very troubling patterns we have found across the country as it relates to school administrations as well as to get clarifications related to some allegations we had been informed of by parents regarding a recently arrested substitute teacher.

Adrian Rivas, a substitute teacher in the district was recently arrested based on a Texas warrant for indecency with a child.  Social media blew up after the arrest with claims parents had complained about this teacher prior to the arrest.  Some of those very parents contacted us and shared what appeared to be a very troubling pattern we have seen in other districts.   We first confirmed that the arrested teacher did pass the required background check and that the warrant was issued after he was hired.

In an effort to confirm what numerous parents had told us directly, we filed a Freedom of Information Act request for the following.

The school response: “the District possesses no documents responsive to your request.”

Based on the response, there were no complaints about this teacher, no history of this teacher using the internet, and oddly enough, no record of any emails sent or received.

We had been told that parents were given assurance that photos and personal information on this teacher’s electronic device had been deleted.  Some parents are afraid to speak out because of their fear of repercussion towards their child.  We hope that fear is unfounded, but have no way of knowing without parents willing to come forward and go on the record.

I asked the board if they would confirm photos and information about students collected by this teacher had in fact been deleted and shredded, assuming there were any actually collected by this fugitive teacher.  I asked becuase they failed to respond to that issue in my FOIA request.

Additional questions did confirm there had been complaints, but it was clear no one wanted to discuss it with the public during this meeting.

With a confirmation there had been complaints, it is concerning they have no complaints “on file”.  The response to our questions during the meeting makes us wonder how complaints are actually processed as it appears it would have been only through verbal communication as they claimed they had no records of complaints.

Additional FOIA requests are being prepared to find out exactly who knew what, and when, as it relates to this teacher allegedly gathering student information.  We have had other reports from other school districts as well that are very troubling.

We urge ANYONE with information regarding any inappropriate or questionable actions by Adrian Rivas to contact local law enforcement and file a formal written complaint.  Failure to do that is what allegedly lead to one student in South Carolina being sexually abused by a former Illinois Superintendent.   Reading the State Board of Education document on that former Illinois Superintendent tells us numerous Illinois schools and law enforcement dropped the ball, and such inaction appears to have now led to the child being harmed.

Silence has no place when it comes to the protection of our children!

You can view the School Board public comment portion of the meeting below. 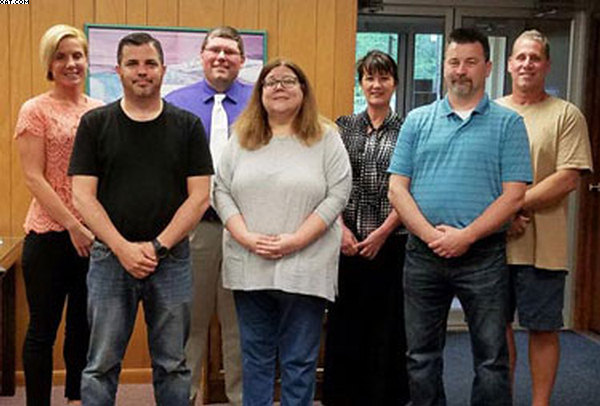