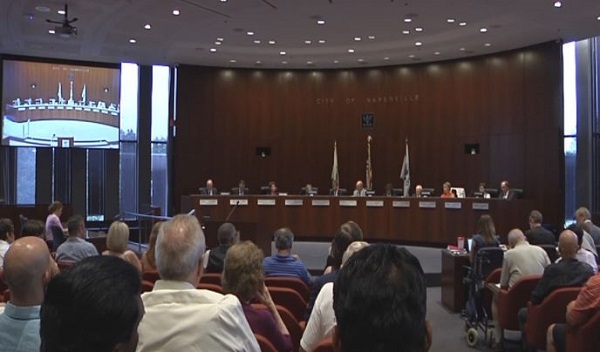 The City of Naperville has refused to provide public records requested. The requested records are related to "the obligation, receipt, and use of public funds" as found in Section 2.5 of the FOIA. Since the records relate to money owed the City of Naperville, those records are expressly subject to inspection and copying by the public (2012 PAC 20669 - Edgar County ETSB, and 2014 PAC 27522 - Village of North Henderson). Section 3a of the Local Records Act also demands those records be available to the public, as does Article VIII Section 1(c) of the Illinois Constitution.

Naperville, on the other hand, thinks it can establish local rules to subvert the FOIA, the LRA, and the Constitution. The Chicago Tribune's Rosemont/Garth Brooks FOIA case shot that down several years ago.

In their response to the FOIA request, Naperville cites the Illinois Commerce Commission as authority to deny the records, then immediately says Naperville's electricity does not fall under ICC regulations. At the same time Naperville claims they can make "all needful rules and regulations" governing providing electricity, and that their Ordinance No. 17-038 prohibits release of the information requested. This does not apply, as state FOIA law prevails over local regulations.

Naperville also claims the "private information exemption" which may partially apply, but they must provide the remaining information requested. They also claim "unwarranted invasion of personal privacy" - which does not apply to funds owned to a public body in Illinois.

I have filed a request for the Attorney General's Public Access Counselor to review this improper denial of public records and hope for a speedy determination.