In yet another example of local government failures, the Maine Township Supervisor, Laura Morask, has once again provided guidance to the Township Board that is inconsistent with State Law.  In this particular case, it’s actually sad to see how out of touch with the rule of law this Township Supervisor is.  Sad, because she is a licensed attorney.

During the meeting, the Supervisor instructed three board members that they have to abstain from voting.  It is our understanding that in prior meetings she also advised them that they have no say in voting on minutes created prior to them holding office.

In this meeting, the Clerk voted and we understand he voted because he was a board member during the creation of the record in question.  The law does not allow the Clerk to vote except in one circumstance.

5 ILCS 2.06 (c) The verbatim record may be destroyed without notification to or the approval of a records commission or the State Archivist under the Local Records Act or the State Records Act no less than 18 months after the completion of the meeting recorded but only after:

In the video of the November meeting, you will see that the public body did not approve the destruction but rather two board members and the Clerk, who has no legal vote on such a matter because he has no vote and is not a member of the public body. With only two members of the public body voting, it is clear they did not have a majority vote to destroy the record in question.

Considering OMA requires the “public body” to approve the destruction of the record in question, it is clear from the video such approval was not in accordance with the Open Meetings Act.

According to the Township code, the public body consists of the 4 elected board members and the Supervisor. That being the case, all actions require a 3 vote majority to pass.  In this case, there was no 3 vote majority to carry the motion.

(60 ILCS 1/80-5)  Sec. 80-5. Township board membership; officers.
(a) In each township, the township board shall consist of the supervisor and 4 other members elected at large from the township under Section 50-5.

Additional information provided in the Request for Review is yet another case where the Supervisor claimed Roberts Rules of Order instructs the action she recommends.  We have found nothing in Roberts Rules of Order on board members not having a vote on matters prior to them taking office.  At the 2hr:46min point in the video you will see the Supervisor begin her instructions on how to vote on matters.  At the 2:46:30 mark of the video she instructs the members that were not part of the prior board, to abstain from voting and claims this is a Roberts Rules of order procedure.

These board members were elected to represent the people.  That representation comes from voting on all matters unless permitted by law to abstain. It should be noted that there are very limited cases in the law where elected officials are permitted to abstain from voting and this is not one of them.

We contend that the action during the August 2017 meeting was also a violation of the Open Meetings Act that should be included in the request for Review.

We have asked that the AG PAC Office issue a binding opinion on this violation and instruct the public body to take the appropriate action needed to destroy the record in question.

We once again ask the Maine Township Supervisor to resign from office as she clearly has no clue what the law requires and appears to provide a seat-of-the-pants guidance which once again has them being investigated by the AG PAC office. 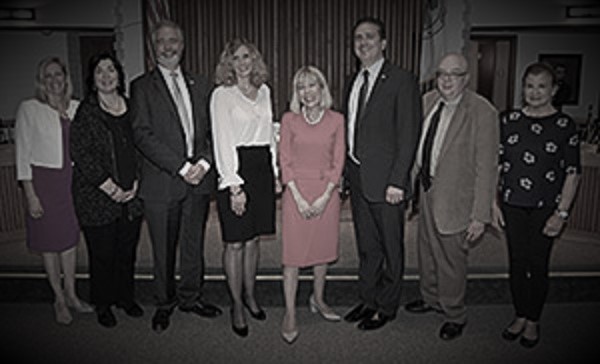