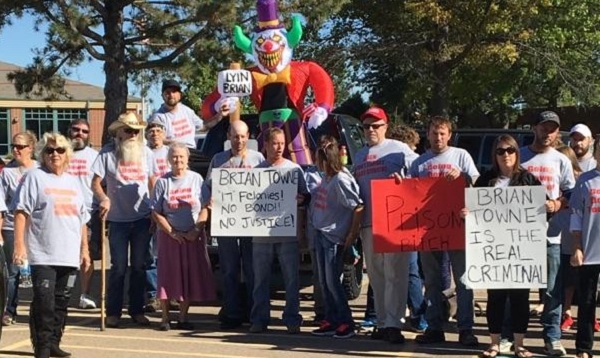 Outside protesters gathered to show their displeasure with Towne.

Towne's arraignment was continued until October 27, 2017. the Court set a $50,000 personal recognizance Bond.

Towne's attorney asked that Towne's appearance at future court hearings be waived, which was allowed - while immediately afterwards his attorney argued for no bond because he would appear at court hearings.