State Representative Jeanne Ives has been leading the charge in the House of Representatives pertaining to Auditor General Frank Mautino's campaign expenditure reporting and calls for his resignation in her press release, which was released shortly after numerous legislators called for Mautino to step aside and was just published in this article.  Ives is calling for Mautino to be fired if he refuses to resign. We agree with her assertion!

She stated; "Yesterday’s call by Democrat State Senator Laura Murphy for Frank Mautino to take a leave of absence is an inadequate response given the importance of his position as the financial watchdog for taxpayers.  Asking him to step aside for 2 or 3 years ignores the preponderance of evidence pointing to violations of campaign finance laws."

The 2-3 years is what it may take before Federal authorities may pass down an indictment and conduct a trial, unless of course if he pleads guilty. guilty.   This state can't afford that kind of waiting for the top Auditor in the State of Illinois.  The taxpayers deserve better than this! 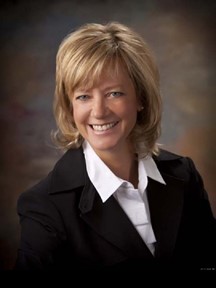