The Village of Metcalf held their monthly meeting last night, 6/6/2016.

Among action taken was to accept the resignation of Village Trustee John Morris.

Immediately after that, Lorin Kinney, Water Works Operator, submitted his resignation. However, Illinois EPA requires a 15-day notice period so that the village is not left in hardship. So, his resignation takes effect on June 21, 2016.

Village Trustee Mike Alligood also submitted his resignation effective June 6, 2016. The Board had to table accepting it and declaring the seat vacant because it was not on the agenda.

After the meeting, Trustee Alligood put a large sum of door keys on the table along with a water meter wrench and a hydrant wrench.

Both Kinney and Alligood were upset because of the comment in our last article stating that they were responsible for the EPA compliance & lab reports, after receiving a warning letter from the EPA concerning their non-receipt of any compliance and lab reports for some time. Additionally, a Trustee commented to them that he did not have any confidence in the Water House at this time.

So, essentially, when the Illinois EPA sent the warning letter and it became public that mandatory compliance reports and lab reports had not been sent to the EPA over a couple year time-frame, the individuals immediately responsible for failure got upset when called out on it, and resigned.

These same two individuals, earlier this year, presented at least one questionable invoice from the Water Department to the village for payment. Questions on its authenticity were met with confusing answers, nothing contained in the invoice was verified, and the invoice was never paid. The company purporting to have completed the work never tried to collect once questions were being asked.

UPDATE: Kinney informed me that he has only been the Water Works Operator since January of 2016 and that he has been working on submitting these reports since then and has recently submitted all the required reports. He acknowledged they were late, but they have been done. He also stated the CCR deadline was July 1, not June 1. 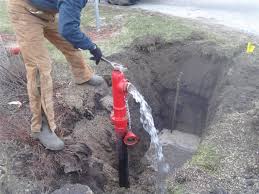